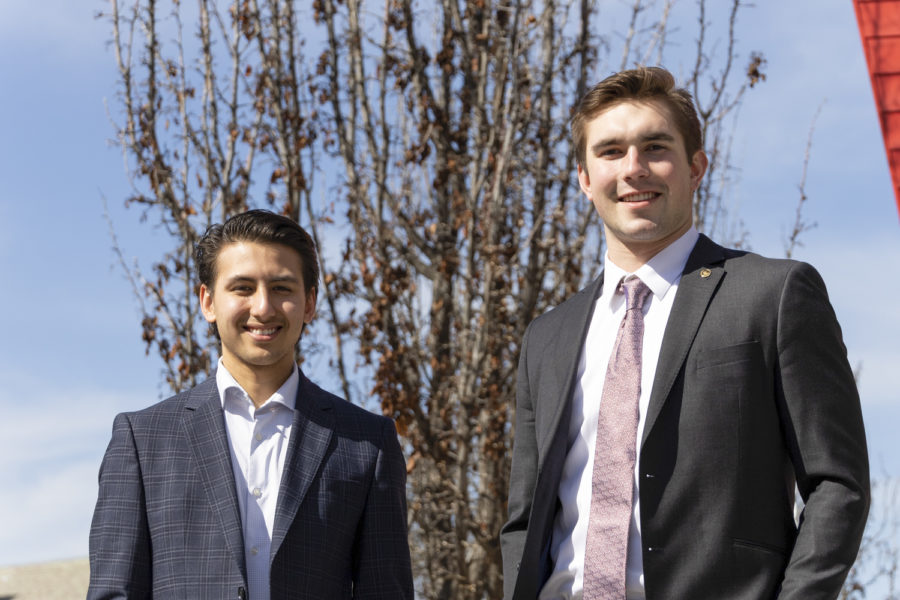 Brian Patrick and Alexander Pan will serve as the upcoming ASWSU President and Vice President for the 2021-2022 school year.

The current ASWSU President and Vice President shared the news with Patrick and Pan late Wednesday night. Election results were announced around 9 p.m.

“Brian and I were downstairs playing pool with each other,” Pan said, “and then we turn around and Curtis [Cohen] and Sean [Doster] walked in and congratulated us.”

The Patrick-Pan ticket received 862 votes out of the 1,328 votes cast, according to a document released by the ASWSU Election Board.

Waiting for results was stressful, Patrick said. He and Pan tried to distract each other by going for walks, playing basketball and shooting pool.

“It’s still kind of surreal,” Patrick said “I haven’t totally processed it yet.”

The first people Patrick called to tell after finding out they were elected was his mom and dad, he said.

Patrick and Pan have their first meeting Saturday to begin the transition process from the current ASWSU executive team to the incoming team, Pan said.

Pan said the best part of running for office was connecting with other students he might not have otherwise. It is an experience he will not ever forget.

“Thank you to all the Cougs who came out and voted,” Patrick said. “We are really looking forward to coming out strong and creating positive change on campus.”