OPINION: Battle of the Snacks: Smartfood popcorn vs. microwave popcorn 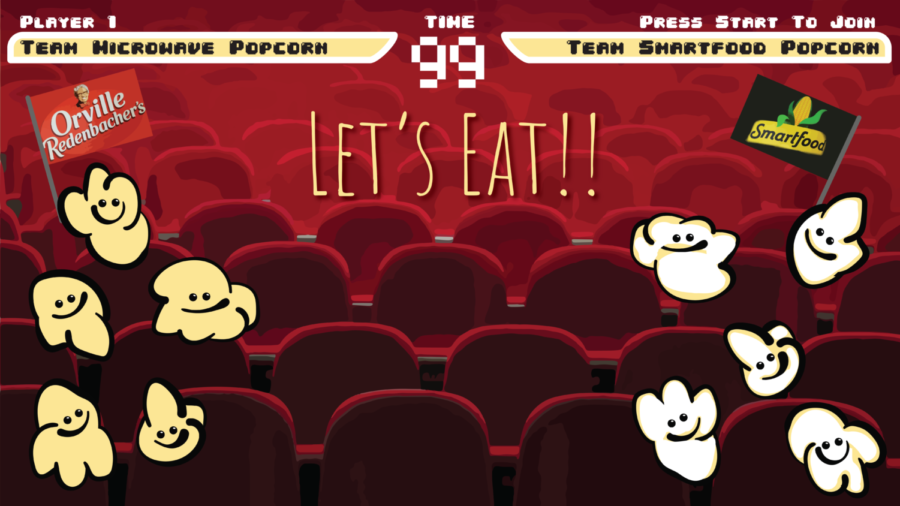 Identical in form, but drastic in flavor — who will conquer?

Personally, I love both types of popcorn for different moods, but I tend to lean more toward Smartfood. With its cheddar flavor, it is not only a perfect snack on its own but when combined with other tidbits, such as almonds, dried fruit, crackers or cheese, the flavor is accentuated and well complemented.

It is a great addition to any setting, such as a Netflix night with friends and family, or maybe a cocktail snack at a party. Plain microwave popcorn is a classic, but Smartfood popcorn has a unique, bold flavor that stands out among the rest.

Microwave popcorn can sometimes taste musty, and the oily butter can easily coat the top of your mouth in a rather unpleasant way.

But which one reigns supreme, according to popular opinion?

“It doesn’t make you feel as guilty for eating your favorite movie snack!” Abrica said.

She also said it makes less of a mess. Its dusting is not as abrasive as microwave popcorn’s slippery finger feel. The butter can also stain clothing with that yellow and oily consistency.

“Your fingers won’t get as buttery as the microwave one,” Abrica said.

Shelby Donohue, senior anthropology and sociology double major, argues for the other side, saying that microwave popcorn is better due to the fact that it is a treat from time to time.

“It’s more of a once-in-a-while kind of thing,” Donohue said.

She also feels that the Smartfood popcorn can have a funky taste sometimes, especially when people are used to a strictly salty, buttery flavor when eating popcorn.

Although it is a distinctive flavor, the white cheddar flavored Smartfood is not for everyone.

“The Smartfood popcorn is just a bit stale tasting to me sometimes.” Donohue said.

The voices of the masses have left us in a classic snack standoff. There is not a clear winner in this battle. I believe Smartfood popcorn is the clear winner, but traditionalists will stand by microwave popcorn. This will continue to be a debate for the ages.