Rowing holds on to Fawley Cup 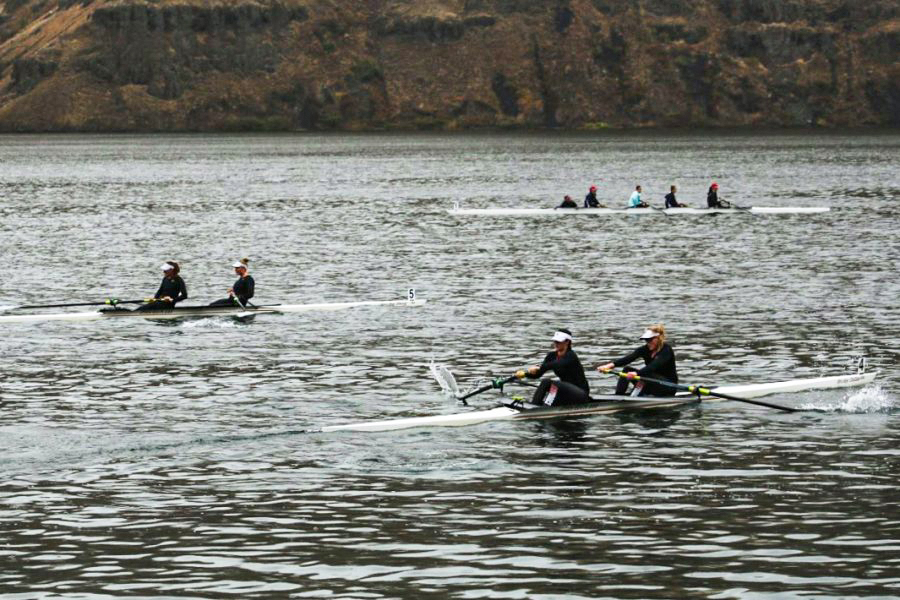 The rowing team will now head to Nevada for the Pac-12 Invitational.

The WSU rowing team captured a win against the Gonzaga Bulldogs this weekend, marking the Cougars’ first home regatta win of the 2021 spring campaign.

The annual winner of the race between WSU and Gonzaga receives the Fawley Cup, which WSU has now claimed over the Bulldogs four times in a row. This is the 26th time out of the 29 races since the founding of the cup in 1991 that WSU has been the victor.

The Cougars were able to best the Bulldogs in four of the five total races, all of which took place with gusts of five-to-eight-mile winds.

“It’s really gratifying to see a lot of our hard work payoff,” WSU head coach Jane LaRiviere said. “We’ve had three races now and I’ve seen great improvement in all the areas we’ve been working on, it was great to win the Fawley Cup.”

During WSU’s victory in the First Varsity Four, both schools raced along the Snake River while WSU crossed the finish line first with a time of 8:13.04. The Cougars finished the race with a +10.73 second time margin over the Zags.

The Second Varsity Eight boat posted a time of 7:24.24 in their race and recorded a time margin of +7.97 over Gonzaga as well.

The final win of the day for WSU came in the Second Varsity Four race, as that boat bested Gonzaga by 14.56 seconds en route to securing four out of five wins for WSU.

The only Cougar loss came in, what was ironically the very first race of the day, the Varsity Third. WSU recorded a time of 8:20.68, coming in second place behind Gonzaga.

WSU now sits at 2-1 on the year with wins over Gonzaga and the Oregon State Beavers. Their lone loss came against the Washington Huskies in the opening regatta.

The next time the Cougars will be on the water will be on Saturday, as WSU heads to Lake Las Vegas in Henderson, Nevada for the Pac-12 Invitational.