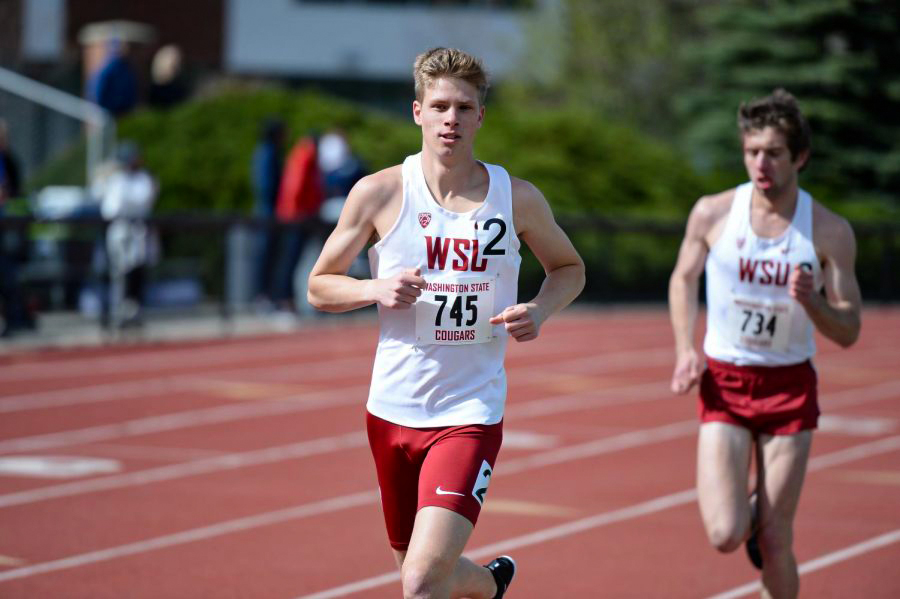 The WSU track and field team had an eventful weekend with the program sending its athletes to Spokane, Washington and Eugene, Oregon.

Half of the outdoor track team competed in the Hayward Premiere, hosted by the Oregon Ducks, with the other half going to the H.I.R. Invite hosted by Whitworth University.

WSU had a great weekend on the Ducks campus and collected a total of nine first-place finishes.

Junior Charisma Taylor ran the 100-meter hurdles in 13.52 seconds while claiming first place herself. Sophomore Jasneet Nijjar set a personal record in that event with a time of 14.75 seconds.

Senior Stephanie Cho took home first place in the 400-meter hurdles for WSU; she ran a time of 57.16. Sophomore Mackenzie Fletcher and freshman Peyton Teevens both set personal records in that race as well.

Aislinn Overby, a sophomore high jumper from Montana, jumped 1.77 meters in the high jump event. That marked her new personal record and was enough to place first in the event.

Junior Emily Coombs took first place in pole vault with a height of 3.9 meters. Taylor finished the day in Oregon for the Cougar women by competing in a triple jump, taking home first place with a mark of 12.94m.

Junior thrower John Kolb competed in the discus event and launched the disk 55.79 meters en route to claiming first place in the event. Freshman Joseph Jensen set a personal record in the discus throw at 48.5 meters.

Senior Mitch Jacobson claimed the only men’s victory in a jumping event. He jumped 2.11 meters in the high jump to take home the victory.

The team that went to Oregon had a productive weekend, however, so did those who went up to Spokane and Whitworth University for the third time in this outdoor season.

Senior Seth Andres claimed the lone win for the men, running the 110m hurdles in 15 seconds. That set a new personal record for Andres in the event as well. Andres later went on to have a personal record in the 200m dash, clocking in at 23.39 seconds.

Sophomore Sam Griffith was the only Coug to compete in the 3000m steeple for the men, but he set a personal record in that event of 9:57.37.

Freshman Ethan Martin was the only WSU athlete to compete in his event as well, setting a personal record in the 5000m race with a time of 17:38.11.

Sophomore Cody Teevens also had a nice day in Spokane, setting personal records in the 100m dash with a time of 11.36 seconds and recording a high jump height of 1.81m.

Freshman Giovanna Rhoads was the lone representative for the WSU women in the high jump event, where she took home first place with a mark of 1.6 meters.

Sophomore Geneva Schlepp only competed in one event for WSU and she made the most of it; she set a personal record in the 1500m race with a first-place time of 4:47.04.

The team will be split into two once more for next weekend’s competition, with many of the Cougs traveling to Los Angeles to compete in the Rafer Johnson/Jackie Joyner Invitational on the campus of UCLA on Friday.

Those who do not make the trip to Los Angeles will compete in the WAR XIV all-day event at Spokane Community College on Saturday.