Freshman feels like she was stripped of normal college experience; senior wishes she could experience her final days on campus 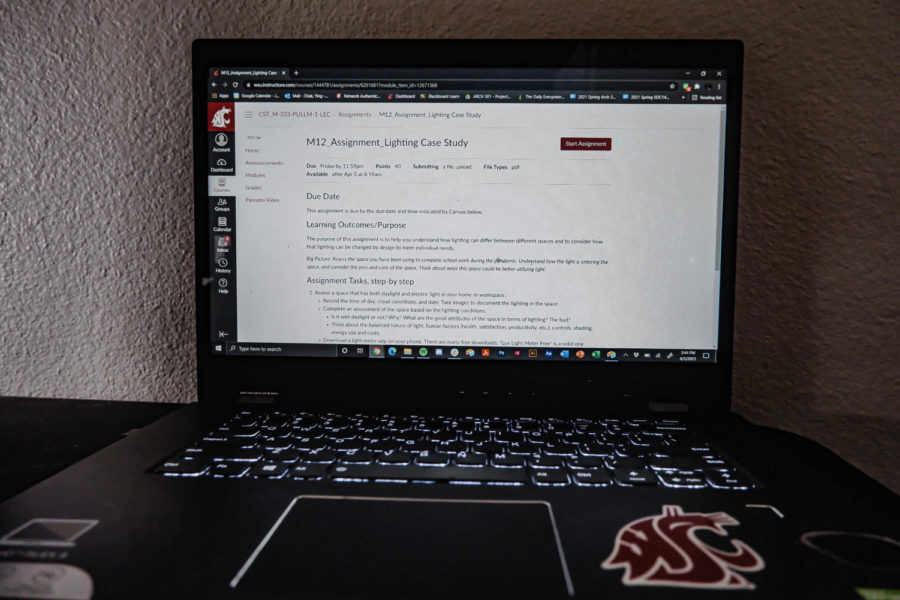 Students hope for in-person classes next semester and for more opportunities to be involved on campus.

While COVID-19 has affected all college students pretty negatively, students in every year have experienced going to school throughout the pandemic differently.

Ashley Earp, freshman criminal justice and psychology major, said she feels like she has been stripped of her college experience as a first-year student.

She said she thinks her experience as a college freshman would be better if she was on campus and classes were in person.

“I don’t get to interact with people that much,” she said. “The most interaction you get, unless you’re on campus, is through Snapchat because you just randomly add each other and you’re in a group chat together.”

Earp said she does not enjoy attending classes at home.

While she could have taken advantage of WSU opening up the dorms, Earp said she would rather not spend the extra money to take classes in her room, like she already does at home.

Even though she is bummed about not being on campus this year, she said she is looking forward to more in-person activities, like her classes.

“Hopefully there is more in-person stuff [next semester] so we can have better social interaction and probably be less depressed,” Earp said. “I have been so depressed sitting at home and not being at school.”

Earp said she is hoping to live in a dorm next year, and already has a couple of people she is thinking about living with.

William Albert, sophomore biology major, said having his freshman year cut short was horrible for him.

Albert said he lived in the dorms for 7 months and built a great relationship with the people he lived with.

“[Having] that taken away pretty suddenly hurt, and then having everything switched to online was a huge adjustment,” he said. “It [was] difficult.”

Albert said he does not do well with online classes because he is constantly looking around his room. He said he is not a person who can stare at a screen all day.

Some people thrive in this kind of environment, he said, but online classes last year did not prepare him for his classes this year.

Albert said it would be great if classes were in person next year. He currently lives on campus because he is a resident advisor, and in-person classes would be more convenient.

“I spend a lot of time walking on campus, so actually having a destination would make the experience better,” he said.

Not only does Albert want classes to go back to in person, he also wants the rest of campus to start opening up more.

Albert said community is a huge part of the college experience. Being on campus for the majority of his freshman year helped him experience that community.

“We’re all required to live in the dorms and nobody really knew each other the first year, so you had a very strong friend group,” he said. “Having a strong community just kind of made college what it is.”

He said he would go out with a group of 10 people last year, before the pandemic, and enjoyed being able to go to the gym without wearing a mask.

Albert said he enjoyed being able to hang out with his friends without any restrictions.

“The worst part of this year would be the isolation,” he said. “As residents of dorms, we can’t have people in the building, so if I want to hang out with my friends, I have to go over to their [apartments] and arrange that and it’s kind of a headache. “

Albert said he wants to see more community within the halls in the dorms. He wants to have a reason to be on campus besides classes.

Football games also help build community between students, so allowing students into games next year would be great, he said.

Charles Savage, junior elementary education major, said he has not had the best experience with online classes.

Savage said he feels like he is just trying to get through his classes instead of actually learning.

Looking back on it, he actually enjoyed classes being in person, he said, even though it was hard to get up and actually go to class sometimes.

He said some people enjoy taking classes online because they do not actually have to get out of bed, but he misses that aspect of school.

“As far as getting up to go, I’ll never miss another 9 a.m. after this,” Savage said. “It’s so nice to be able to go [to class] and learn rather than sit here on the computer.”

Along with Earp and Albert, Savage is hoping for in-person classes next semester.

As an elementary education major, he will be student teaching for part of next year and taking classes for the other part of the year.

“It would be very nice to have those in person,” he said. “Those are my last sets of classes too, so it would be nice to finish in person rather than online.”

Ashley Kophs, senior biology student, said her senior year was different than she thought it would be. She wishes she could have spent more time with her friends in Pullman and on campus.

Kophs said she was sent an email about graduation being online this semester and a lot of people were upset about it. She said it feels weird having a different celebration than she had always imagined.

“We’re working on getting the entire family vaccinated so I can celebrate with them,” she said.

She said she has been able to meet up with a couple of friends before they all graduated.

Even though she has been able to see a few of her friends, she said she misses being able to hang out with them in the Compton Union Building and see them in class.

“I wish I would have had opportunities to hang out with them [more], but I totally understand why I didn’t,” she said.

She said senior year has been stressful because she is trying to figure out what she wants to do with her life after she graduates.

Kophs said she was able to talk to WSU alumni who told her to go straight to graduate school because the job market is crazy.

She ended up deciding to go to graduate school, but the application process was difficult, she said.

While she understands why school is still online, Kophs said classes are still difficult for her because she has never taken online classes until the pandemic.

“I’m definitely a hands-on learner. My major is biology so it’s hard to learn some of that stuff online. I had these weird labs for physiology last semester that just didn’t really click with me,” she said. “I know online school works for some people, but it’s been more difficult for me.”

Even though she wants to avoid COVID-19, she still wishes she could have taken in-person classes for the final days of her college career.

“I wanted to keep my family safe, but it would have been a better experience in person because that’s just how I learn,” Kophs said.