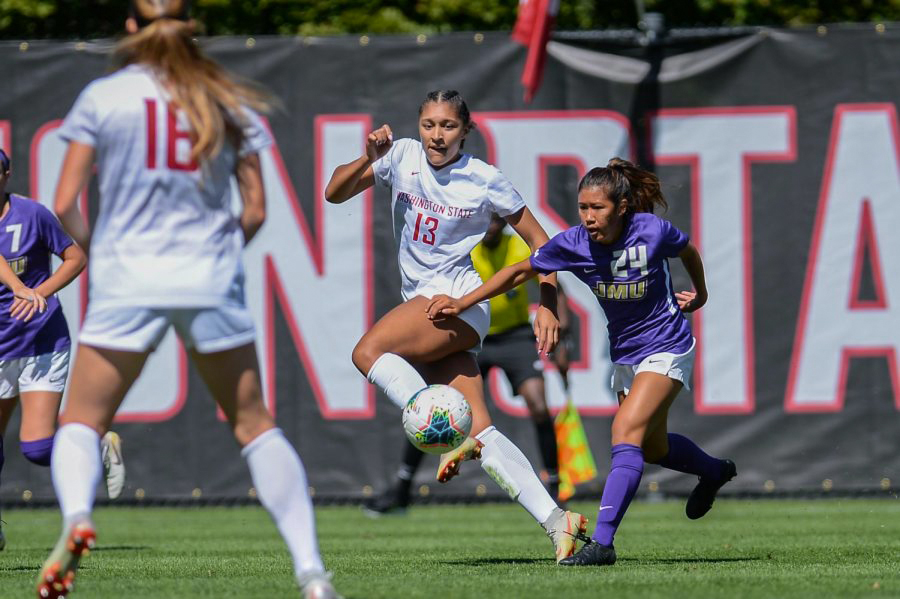 The WSU soccer team took a pair of tough losses on the road in Los Angeles against UCLA and USC this weekend.

In their first game against UCLA last Friday, the Cougars were stuck in a tough position early on as the Bruins brought pressure to pull away for a dominant 4-0 win.

The Bruins also were able to break the scoreless draw just one minute into the second half with a quick goal by sophomore forward Mia Fishel assisted by senior midfielder Delanie Sheehan. The first goal of the game was Fishel’s fifth goal of the year.

Five minutes after the goal was complete, the Bruins capitalized on their lead with the first of two goals from freshman forward Reilyn Turner. Her two goals added to her team-best goal total with her seventh tally of the season.

The Cougars had opportunities to get on the board earlier in the game, as senior Elyse Bennett had six shots but was turned away by the Bruins defense each time. Freshman Margie Detrizio also had a handful of chances to come up with a score for the Cougars, but she fell short as well.

The loss was the first shutout the Cougars have taken since falling 1-0 to Washington on Nov. 8, 2019.

WSU played a better defensive game against USC on Sunday but couldn’t come out with the win again and lost 1-0. After the two matches, the Cougars fell to 5-3-1 overall and 1-2-1 in Pac-12 play.

The Cougars were the ones to take total control of the game midway through the day as they pushed the pace on the offensive end. They had many opportunities near the end of the opening half but the Trojans did not budge.

The Trojans were able to capitalize on just their second scoring chance of the day 10 minutes into the final 45 minutes when freshman forward Angeles Escobar was able to beat a group of Cougar defenders for her first career goal.

Her first career goal also turned out to be the game-winner of the defensive-ended match. Senior goalkeeper Marissa Zucchetto attempted a diving stop on the ball but was just a half a step behind being able to make the save on the lone goal.

The goal gave the Trojans momentum and they were able to take control of the rest of the game, holding the Cougars in their own half for much of the final 30 minutes of action.

This was the Cougars’ second straight loss, as both ended in shutouts. WSU also dropped their third game of the season, all of which have been against Pac-12 opponents.

WSU soccer now has just three games left in their regular season and will all be played at home. WSU has not played in Pullman since their 2-0 win over Utah on Feb. 28.

Their next match will be against the Oregon State Beavers at 7:00 p.m. Friday on the Lower Soccer Field. The match can be viewed on the Pac-12 Network and the live statistics can be followed on StatBroadcast.