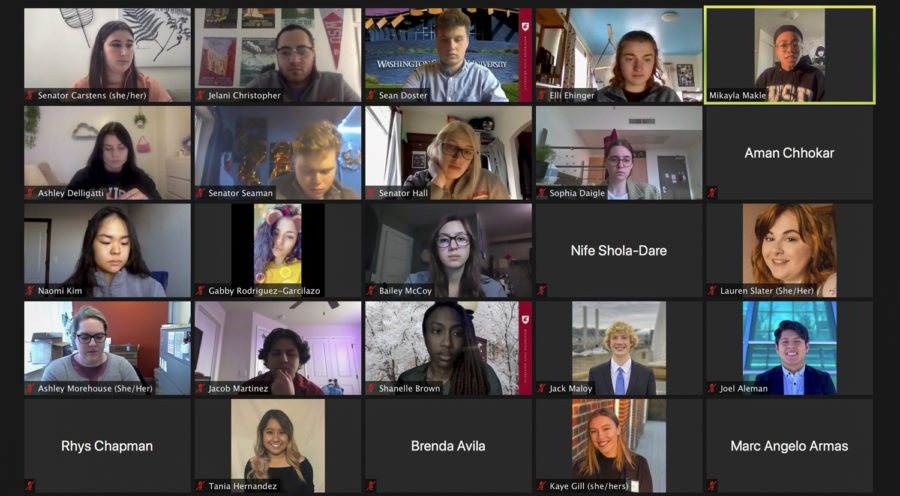 “I feel like accountability is a very large thing that needs to be addressed on this campus,” said Mikayla Makle, WSU Black Student Union president. “People need to start acting on the things that they said they want to do.”

Despite the virtual environment, Makle said BSU successfully held meetings and various events this past year. BSU reached out to external organizations like the WSU Office of Multicultural Student Services to plan events.

“Throughout our meetings, we definitely did try to be more interactive and bringing on different organizations into our space to be able to give them a platform as well to speak to students,” she said.

Makle said BSU used its budget to give back to students and represent their achievements. For example, the organization hosts an event called Black Grad, where they highlight student graduates and their accomplishments.

The group also expanded BSU to include high school students. Through the organization’s outreach efforts, many of those students decided to attend WSU, she said.

Prior to the pandemic, in-person events taught Makle about community and how to navigate the online space, she said.

“It taught me how to actually go out and be an advocate for our community, for our people,” she said, “how to create new spaces and how to allow ourselves to be heard.”

Makle said BSU developed good communication this year. The organization solidified how it wants to be perceived and how the Black community should stand together and develop opportunities for one another.

Working alongside WSU administration and the Pullman Police Department, the organization also figured out different ways to get their foot in the door to implement change, Makle said.

“Going to the front lines to make sure what we are saying is being implemented, that we are being heard and that it’s not just going over deaf ears,” she said.

Several ideas were not implemented this year because of COVID-19. However, Makle said she has high hopes for the future.

Goals for next year include providing students with resources they are not aware of. Creating a safe environment for organization members and hosting events that bring communities outside of BSU is a priority, she said.

“I feel like accountability is a very large thing that needs to be addressed on this campus,” she said. “People need to start acting on the things that they said they want to do.”

When BSU presents ideas and concerns, Makle said she hopes people take the group seriously so they can create change in the community.

Similar to Makle, Rhys Chapman, ASWSU Issues and Forums chair, said planning virtual events has been a challenge this semester. The committee aims to promote civic discourse and open engagement on campus. The goal is to inform students about different issues and bring students with differing beliefs together.

“It was a very successful presentation,” he said. “We had 100 attendees.”

Another project implemented was an email sent to WSU faculty and students. The email included information about the COVID-19 vaccine and misinformation surrounding it, Chapman said.

He said the committee is now focusing on transitioning to a new executive cabinet, as several current members are graduating in May. The group is hoping to hold more in-person events in the future.