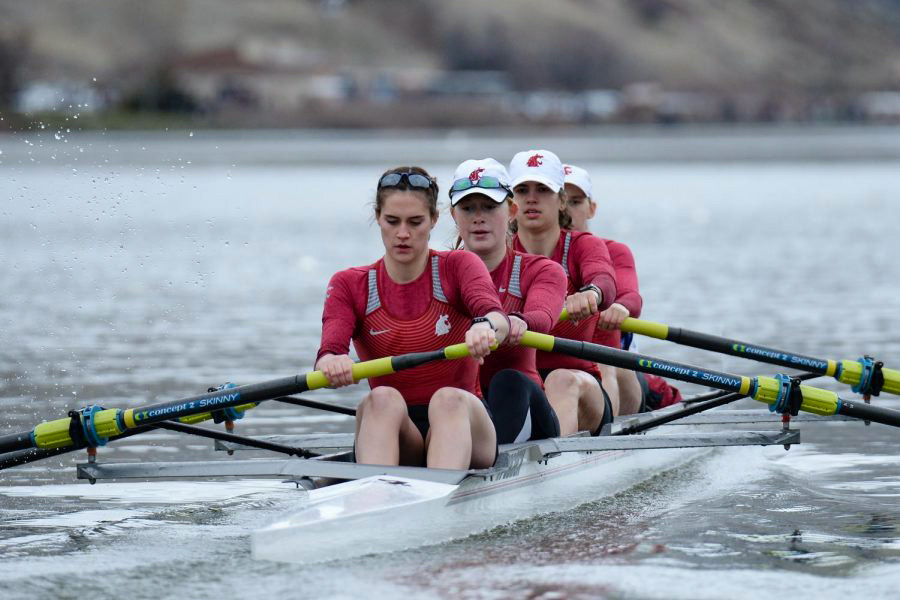 WSU's rowing team will now head to Ohio for the Big-10 Invitational from April 17-18.

The WSU rowing team had a strong showing at the Pac-12 Invitationals this weekend on Lake Las Vegas in Clark County, Nevada.

The Cougars took the opportunity to show off their top 25 national ranking, as they came into the regatta ranked 19th in the nation, according to the CRCA/US Rowing Coaches Poll.

WSU finished in second place in the Varsity 4+ race on day one of the regatta. The field of boats consisted of WSU, the California Golden Bears, the USC Trojans and the San Diego State Aztecs.

WSU finished with a time of 7:20.94, which was just one second behind the Golden Bears.

The Cougars followed up the Varsity 4+ with third-place finishes in the Second Varsity 8+ and the First Varsity 8+ races.

Those three races completed the first day of competition on Lake Las Vegas, and head coach Jane LaRiviere was happy with how her team rowed.

The Cougars took their tough racing from day one of competition and carried it into day two, as WSU put up more top finishes.

When the Cougars returned to action on Lake Las Vegas for day two, the new field of teams consisted of WSU, SDSU, the Oregon State Beavers and the No.1 Washington Huskies.

“All of our boats raced well today,” LaRiviere said. “We reacted and responded the way we need to.”

Although WSU couldn’t walk away from the Pac-12 Invitational with a win, impressive times and close races proved to be a positive sign for the Cougs.

WSU rowing will be action next when they head to Bethel, Ohio for the Big-10 Invitational. The regatta will take place from April 17-18 on Harsha Lake.

The Cougars will end their regular season in a dual with Oregon State on May 1 before the Pac-12 Championships.