Time for a change; three moves the M’s need to make 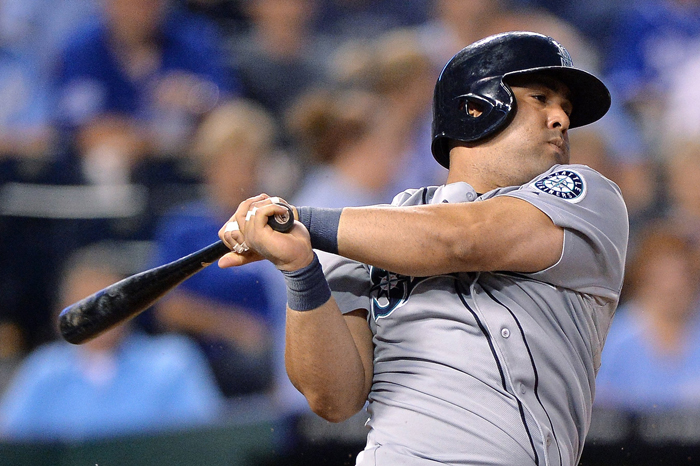 Seattle Mariners’ Kendrys Morales follows through on a grounder against the Kansas City Royals at Kauffman Stadium in Kansas City, Miss., Wednesday, Sept. 4, 2013.

With each passing year, the Northwest’s beloved M’s fall deeper into a group of professional franchises that have displayed extraordinary bouts with futility and irrelevance.  The Pittsburgh Pirates made the playoffs this season for the first time since 1992, making them the most recent franchise to climb out of their drought.

Seattle has been bad for a while, and once again it looks as if there will be another overhaul for the Mariners as manager Eric Wedge won’t be returning next season. General Manager Jack Zduriencik is now on the hot seat, and it’s hard to say how much longer he will remain in Seattle. However, his success with the ball club from a business standpoint may save him his job for the time being.

With a few key moves, Seattle could set themselves up for success a few short years down the road. Three key management strategies and a little bit of luck could possibly end Seattle’s current drought with futility within the next three to four years:

Re-sign Kendrys Morales:  Seattle first basemen and designated hitter Morales enjoyed a productive year in his first year as a Mariner, batting .277 with 23 home runs and 80 RBI’s.  While these numbers may not jump off the page, they are exactly what the Mariners need in terms of consistency from a 30-year-old hitter in the prime of his hitting career.

Outside of third basemen Kyle Seager, the Mariners had virtually no one to protect Morales in the lineup this past season, and he still put up a very productive stat line.  If Seattle can maintain that consistent cog in the middle of the lineup, it will allow Seattle’s younger hitters they wish to groom for the top and middle of the lineup, like Brad Miller, Nick Franklin and Justin Smoak, to continue developing and hopefully gain consistency at the plate.

Hire Joey Cora:  For those of you diehard Mariners fans still living in the team’s glory days of the ‘90s, you will remember former Seattle second baseman Joey Cora.  Cora was a key component of some of the greatest Mariners teams of all time, and a Seattle fan favorite as well.

Since retiring, Cora has spent the majority of his time as an assistant for former MLB manager Ozzie Guillen with the Chicago White Sox, and last season with the Miami Marlins. Cora was a part of the 2005 World Champion White Sox coaching staff and in 2012 took over for his mentor as interim manager in Miami after Guillen was fired by the Marlins. He was out of the MLB this season, but remained active in the baseball community, often appearing on the MLB Network.

Hiring Cora makes sense. He has a decade of coaching experience and has been a part of some very successful ball clubs in Chicago.  While Ozzie Guillen isn’t the most popular man in baseball, he knows how to win, and experience working under him is invaluable.  Furthermore, Cora’s pre-existing fan base in Seattle would create buzz and put fans in the seats at Safeco. Hiring Cora would be another step in the right direction for Seattle.

Stay the course:  Finally, the Mariners need to stay the course.  They need to fight the many opinions that they should sell King Felix to the highest bidder, and that they need to overhaul the youth on our roster.  With youngsters like Taijuan Walker, James Paxton, and Danny Hultzen being some of the most highly touted prospects in baseball, Seattle’s pitching staff has bright days ahead.

Rookie catcher Mike Zunino looked like a seasoned veteran at times last season, middle infielders Franklin and Miller flashed fantastic potential, and Smoak’s and Dustin Ackley’s late season surges have provided cause for slight optimism that they might be on the brink of becoming consistent players.

Seattle needs to ride out the storm and stay the course. With the right management, things might just fall into place for the Mariners.