Important for journalists to not amplify false information; recipients are accomplished in their field 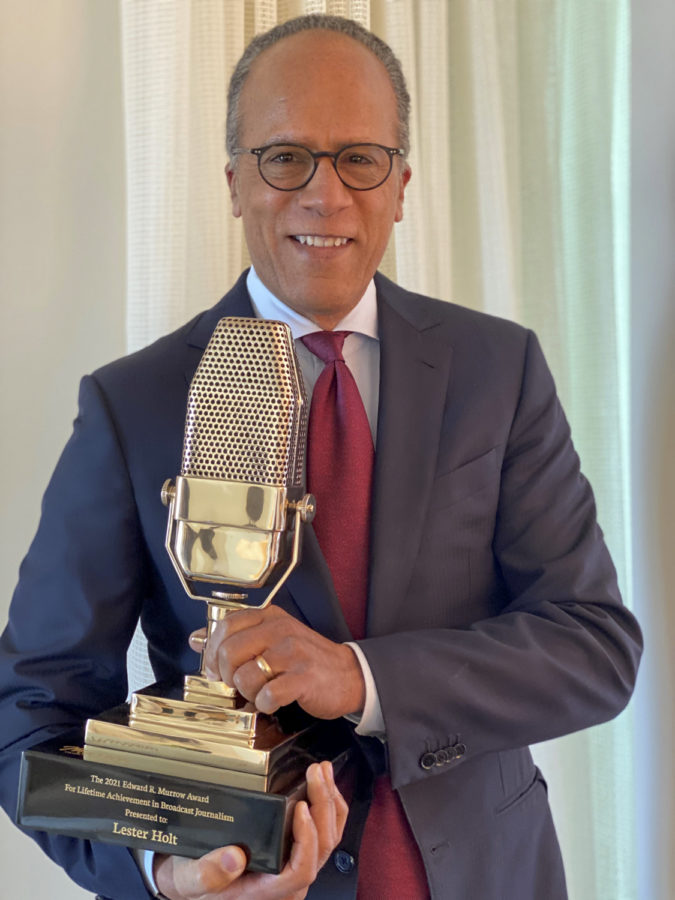 Holt attended Murrow Symposium with WSU students. They were able to ask questions at this event.

The award is a recognition by the faculty at the Murrow college and goes to someone who has had an outstanding career as a journalist, said Bruce Pinkleton, dean of the Edward R. Murrow College of Communication.

“We give the award to a journalist … who reflects the standards and legacy of Edward R. Murrow,” he said.

In the past, people who have received this award are typically seasoned journalists that take on the most important issues of the day, Pinkleton said.

They are people who faculty members believe have done an outstanding job of recognizing issues and addressing them in ways that reflect the courage, ethics and professional excellence exhibited by Murrow, Pinkleton said.

Lester Holt was nominated by a WSU alumnus. Pinkelton said he thought it was a good suggestion.

Faculty members looked at the nomination, considered it carefully and talked about it as a team. They thought Holt would be an appropriate recipient of the award, Pinkleton said.

Holt is an award-winning journalist and anchor of the NBC Nightly News, Dateline NBC and leads NBC News’ special reports, breaking news and primetime political coverage, according to NBC News.

Benjamin Shors, chair of journalism and media production, oversees the courses and faculty.

The Murrow Symposium is directly connected to the recipient of the award, Shors said.

“As a faculty, we believe the involvement in the symposium is an important component of receiving the award,” Pinkleton said.

The symposium is designed to be student focused, he said. It’s about giving students the ability to meet with, hear from and interact with journalists who reflect Murrow’s excellence, he said.

Holt participated in the symposium’s “fireside chat,” which was designed for students to get to know him and ask questions, Pinkleton said.

“One of the things [Holt talked about] was that it’s really important for journalists to not amplify false information,” Shors said. “It is a journalist’s job to present both sides, but ultimately to be fair to the truth.”