WSU to play in Apple Cup, head to California before Pac-12 championships at end of month 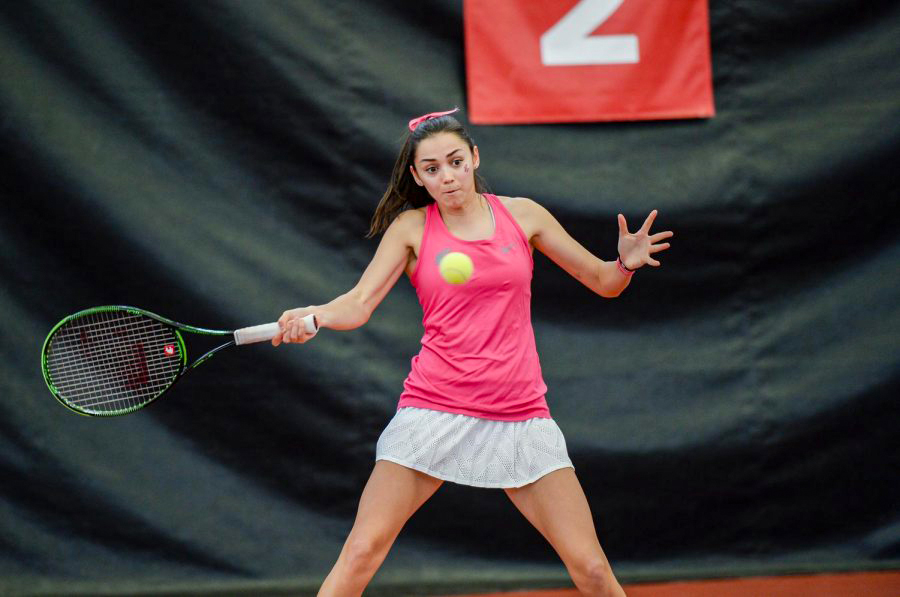 The WSU tennis team is wrapping up their regular season with a four-match road trip against No. 45 Washington on Friday, No. 4 Pepperdine on Sunday, UC Santa Barbara on Monday and San Diego on Wednesday.

These final four matches will be the last for WSU before going to the Pac-12 championships starting on April 23.

The Cougars are coming off of a strong win against Gonzaga on Tuesday, where they won 4-0 in their final home meet of the season. WSU will enter the road trip 13-11 overall and 4-5 in conference play.

The match against the Washington Huskies is the last game of the Pac-12 regular season for the Cougars. The Huskies enter the weekend with a 13-6 overall record and 4-5 in Pac-12 play.  WSU and Washington are both currently tied for eighth overall in the Pac-12 rankings.

The Cougars already played Washington earlier this season and lost to the Huskies 2-5.  Historically, the Huskies have a strong upper hand against the Cougars, with 24 wins and 5 losses since 2000.

Head coach Lisa Hart said that the game against the Huskies is important because it will help to determine seeding at the Pac-12 tournament.

“I think if we can get that win we’re going to put ourselves in a good position to have a chance to do pretty well at the Pac-12 Tournament,” Hart said.

Pepperdine enters the weekend with a 15-3 record. Before they face WSU on Sunday, they will host Portland and Gonzaga.

WSU has only played Pepperdine once and that was a loss in 2014. Pepperdine fifth-year Jessica Failla is currently ranked 21st in the NCAA in singles play.

UC Santa Barbara currently has a 6-3 overall record. They are coming off of a six-match winning streak and are undefeated in Big West matches. Before facing the Cougars, the Gauchos will play against CSU Northridge and Cal Poly.

The final regular-season match will be against San Diego, who currently has a 7-4 overall record.  San Diego sophomore Solymar Colling is currently ranked 74th in the NCAA in singles play.

The Cougars had a 4-3 victory over San Diego earlier this season. Historically, San Diego comes out on top with a 5-3 record against the Cougars since 2000.

Don’t miss out on the Cougars in action against Washington at 1:30 p.m. Friday, Pepperdine at noon Sunday, UC Santa Barbara at 1:30 p.m. Monday and San Diego at 1:30 p.m. Wednesday.