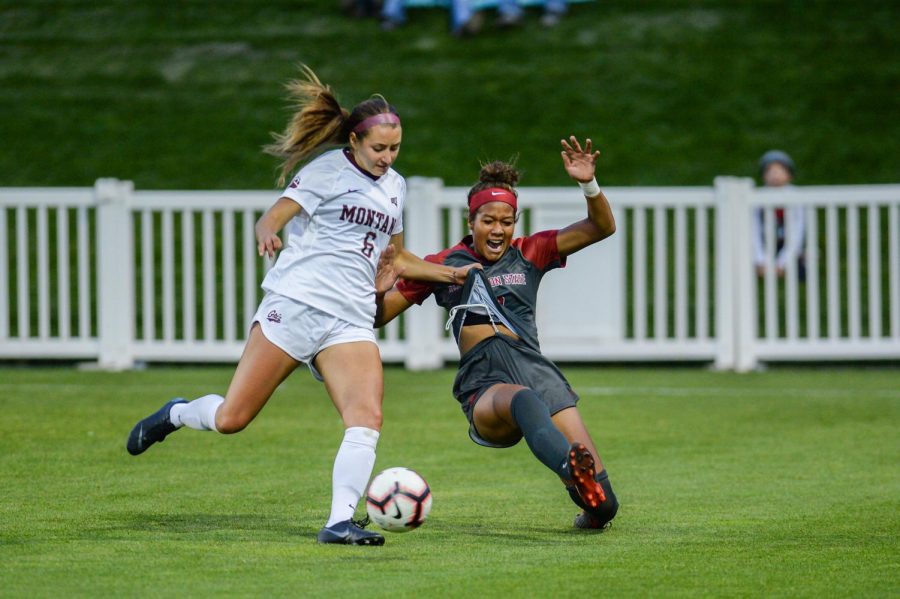 Junior defender Mykiaa Minniss is tied for fifth on the team in both goals and assists this season.

The WSU soccer team is set to host the No. 22 Washington Huskies in the Apple Cup this Friday in the final match of the regular season.

The Cougars have played the least number of games out of all Pac-12 teams this season with 11. This is largely in part to the four consecutive matches they canceled due to COVID-19 protocol.

WSU fell to the Huskies earlier this season when they lost 2-1 in Seattle on March 19. However, the Cougars have not lost to Washington in Pullman since 1996, going 8-0-3 at the Lower Soccer Field in that time span.

“My expectations are to come out and compete for a win,” head coach Todd Shulenberger said. “We’re really excited about this game Friday night.”

Senior midfielder Sydney Pulver has hit a hot streak as of late with two assists over the last two games.

After Friday’s match, Pulver will enter the top-10 for most career games played in school history with 76. She will also start in her 70th career match, which will be 16th on the all-time list.

The Colorado-native has become one of the Cougars’ top distributors this season, providing a career-high three assists including having assisted in back-to-back games for the first time in her career.

“[Pulver] is very coachable and does the job and task we’re asking her to do,” Shulenberger said. “We know what we’re going to get out of Syd: each game she shows up.”

Senior midfielder Makamae Gomera-Stevens has had a big impact on the field, as she has been able to score three times in the last six games. Senior forward Elyse Bennett has also proven her worth to the Cougars as well, as she currently leads the team in scoring with six goals, which is tied for sixth in the Pac-12.

Freshman forward Margie Detrizio was able to post her third goal of the season against Oregon. She sits third on the team in goals, just behind Bennett and Gomera-Stevens with six and four, respectively.

Due to Whitman County being moved back into Phase 2 on Friday, the Washington State Athletics home events will be without fans until further notice.

Don’t forget to miss soccer’s last match of the regular season against the Huskies at 1 p.m. Friday on the Lower Soccer Field. The match will be streamed live on the Pac-12 Network.