Restaurants operating at 25 percent capacity, one local business struggling to break even 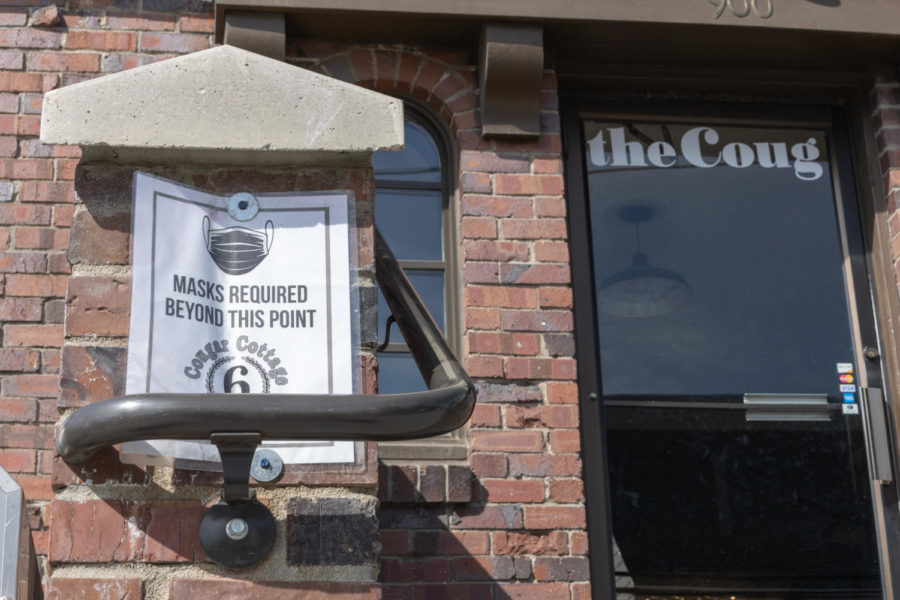 Local businesses in Whitman County are adjusting to operating under Washington state COVID-19 Phase 2 guidelines after the county moved down a phase last week.

However, Rico’s Public House still operated at 25 percent when the county was in Phase 3, she said.

“No matter the phase, you are required to have tables 6 feet apart,” she said. “I have exactly 6 feet between tables. Even in Phase Three, we’ve only ever sat 25 percent because I can’t make more room.”

Similar to Rico’s Public House, South Fork Public House also operated at 25 percent in Phase 3 because of limited space. Kris Nearents, front of house manager, said he is worried fewer people will want to dine in during Phase 2.

“In the day-to-day business, it actually won’t affect us too much other than the possibility of people’s perception,” he said. “If things seem to be getting worse again, you may see less people coming out, going out to restaurants, especially on busier nights.”

Pups & Cups operated at 50 percent in Phase 3. Owner CJ Robert said she is frustrated Whitman County moved back to Phase 2 and believes the decision was made too late to combat the surge effectively.

Cougar Cottage owner Bob Cady said moving back a phase is not great for business. Operating at 25 percent capacity means the restaurant will barely break even.

“25 percent occupancy is just enough to cover the cost of staffing and bills,” he said.

Cady said it is not fair to blame the recent spike in COVID-19 cases wholly on WSU students and believes some WSU administrators have inconsistent messaging about university protocols.

The university missed its window to influence student behavior when it comes to the pandemic, he said. Certain COVID-19 protocols put in place for the spring semester, like mandatory testing, should have started in the fall.

Robert said she is grateful for loyal customers and is excited for people to enjoy the warm weather and use Pups & Cups’ new outdoor seating area.

“If Pullman can work together and stay safe, we can move back to Phase 3 on May 7,” she said. “We can all get back to some semblance of normal here soon but it really comes down to whether or not people are taking [the pandemic] seriously.”