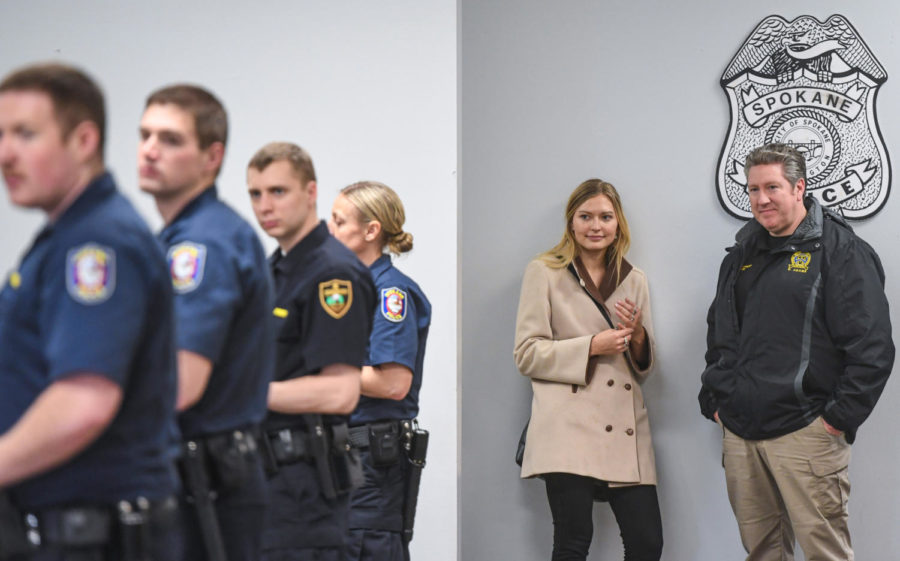 Epperly advises people to gain hands on experience. When it comes to mastering journalism, the more experience, the better.

Like every sport and school subject, journalism takes time outside of classes to learn.

Emma Epperly, public safety reporter at the Spokesman Review, graduated from WSU in 2018.

Before working for the Spokesman, finding a job was difficult, so Epperly applied for an internship in Olympia, she said.

“One of my professors suggested I apply for an internship in Olympia to help cover the state legislature for a session, so it was a short-term internship,” she said. “It really felt like the best fit and I’m really glad I did an internship after I graduated because it was super helpful.”

While working for that internship, she said she met a mentor who encouraged her to apply for a summer internship at the Spokesman.

After working hard at the internship, she was offered a job when a position opened, Epperly said.

Epperly majored in journalism and French at WSU, she said. Because of her French major, she decided to study abroad while she was in school.

“It was professional French. Instead of taking literature courses, you take courses focused on business language skills,” she said. “I studied abroad and had a lot of credits so I decided to make it a second major.”

While Epperly does not use the language skills she learned from her French major at her job now, she said the experiences she had through the major helped her learn skills she uses at work now.

“The study abroad was more focused on language than traveling, … living in a foreign country and how to fill out immigration visa [documents],” she said. “All of those things helped me relate to other people.”

Epperly said being able to speak with people in a second language helped her understand people she interviews who have language barriers.

She said she understands how difficult it can be to try to communicate with someone in a language you are not familiar with. Getting that first-hand experience helped prepare her for that.

Epperly worked for ASWSU in public relations and communications while she was a student, she said.

“Having a little bit of a look into what it’s like to do public relations and be on the other side is super helpful,” she said. “ASWSU … is [a] mock government, so it was also helpful.”

Epperly said she enjoys working in journalism because she likes being able to talk to people about topics they are passionate about.

“I think you really get to view the world in a unique way when you’re talking to people from all walks of life constantly,” she said. “I think … my favorite part is just talking to people and hearing what’s important to them and who they are as people.”

Epperly said people who want to go into journalism should practice a lot. She said the more experience you get with interviewing people, reading articles and speaking with other journalists in general, the better you will be.

“I think there’s a lot of skills that you just can’t be taught in a classroom when it comes to journalism,” she said. “It’s okay to not know what you’re doing at first, but the only way to figure it out is by watching other people and doing it yourself.”