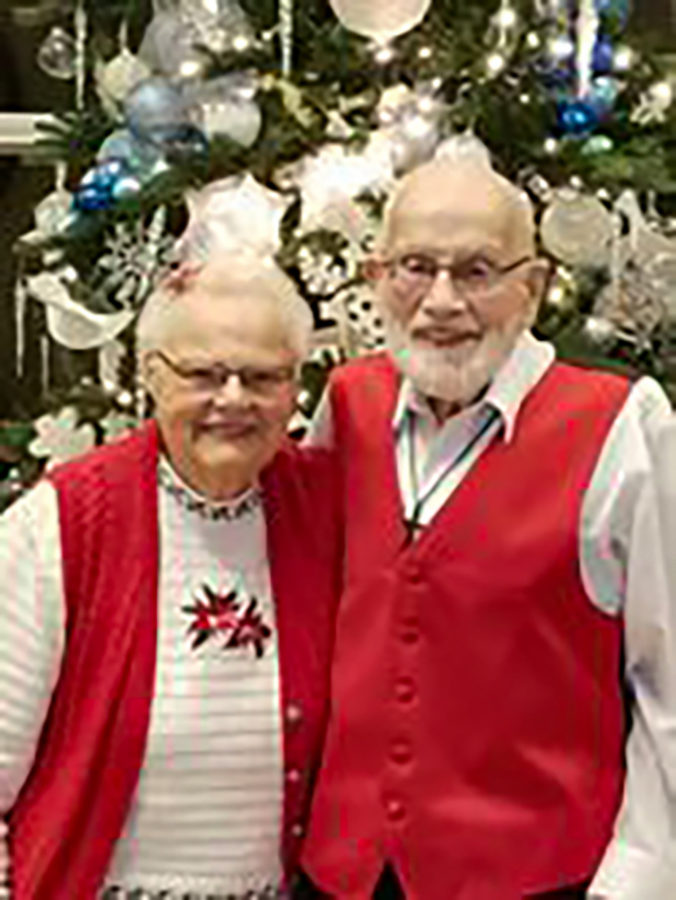 Tom and Doris Barker began their freshman year at WSU in the fall of 1949 and were married by their junior year in 1952.

They were part of a church group for WSU students called the Wesley Foundation, Carney said.

Many of the church members married each other, including Doris’s brother and his wife, said daughter Betsy Wharton.

“When I think about their reunions, I think they had at least 10 couples from within the group,” she said.

Doris lived in the Wilmer-Davis residence hall on campus. Tom lived at home with his parents because his father was a civil engineering professor at WSU. He was also a member of the Sigma Alpha Epsilon fraternity, Wharton said.

Every Saturday night Tom and Doris would attend the weekly dances hosted by the school in Compton Union Building ballroom, Wharton said.

“My mom always talked about wanting to go dance and my dad loved dancing,” she said.

The two even walked side by side at WSU’s graduation in 1953, Wharton said. Doris got her degree in education and Tom got his degree in electrical engineering.

After they graduated, the Barkers moved to Doris’ hometown of west Seattle. Tom started working for Boeing and the couple bought a house.

Carney attended WSU for a few years until she transferred to Seattle University. She said her brothers went to the University of Washington.

The family made frequent trips to Pullman as they grew up because Tom’s father still worked at WSU, Carney said. They spent all their Thanksgivings in Pullman.

“I loved the small town, and Pullman feels like my second home,” Wharton said.

Tom and Doris both retired in 1991 and began to travel extensively, Wharton said.

Tom passed away in February 2020, Wharton said. Doris lives in a Methodist retirement community in Des Moines, Washington. She is now 91 and she will turn 92 next month.