Process of making vaccination appointment not difficult; some waiting for second dose 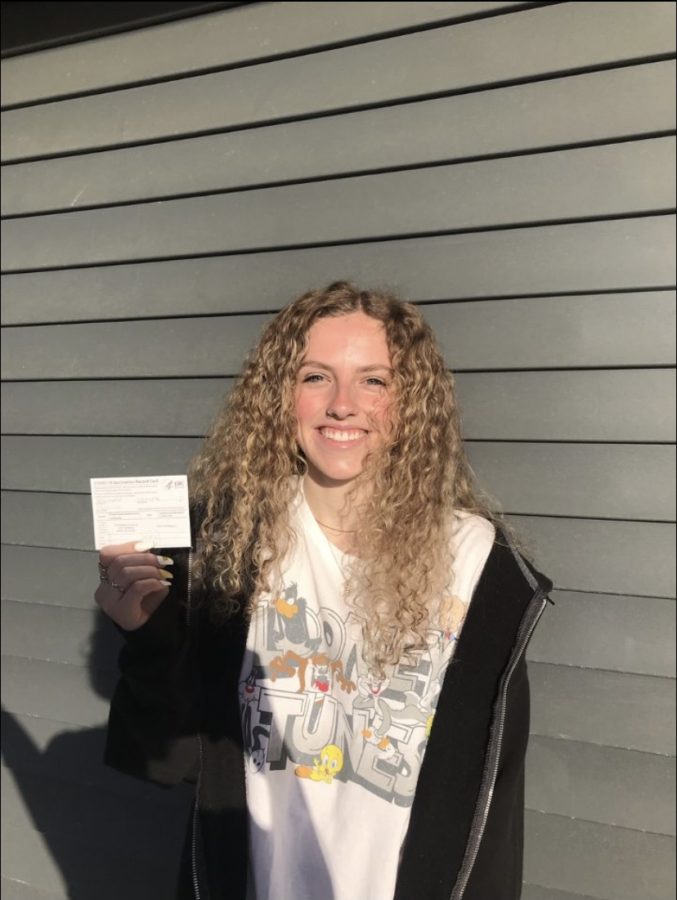 Gracyn Holiway, sophomore animal science major, received her first shot April 16. Holiway said she wanted to get the vaccine to keep those around her safe.

The COVID-19 vaccine is available to anyone over 16 years old in Washington state, and many WSU students have already begun the process of becoming vaccinated.

In Whitman County, about 12,900 people, which is about 25.8 percent of the county population, have received at least one dose of the vaccine; 7,898 people, which is 15.8 percent, are fully vaccinated as of April 18, according to Covid Act Now.

Kira Baruch, junior hospitality business management major, already received her first shot. Baruch said she is surprised people 16 and over can get the vaccine so soon.

Baruch is from California and initially thought that she would not be able to get the vaccine until she went home for the summer. But she said she is happy she can get it now.

She said she wanted to get the vaccine to feel safer and less paranoid about going out in public.

Gracyn Holiway, sophomore animal science major, received her first shot April 16. Holiway said she wanted to get the vaccine to keep those around her safe.

While Holiway said she is a little anxious to get a shot in general, she is more excited to be fully vaccinated.

“I think it helps other people,” she said. “I think that’s the whole thing behind wearing masks … it’s not just for you, it’s respecting other people.”

Holiway said it is exciting that so many people have access to the vaccine now and hopes students will consider getting vaccinated.

Ashby said she recently received the first dose of the vaccine.

“All that happened was I got an email saying I was eligible,” Ashby said. “Then I was just able to make an appointment at Safeway. It was like a 30-minute process, it was super quick.”

There are several locations in Pullman with available appointments for those interested in getting the COVID-19 vaccine, according to Whitman County Hospital and Medical Clinics.