This week's album is by rapper from Compton, California, was called "new Black anthem" 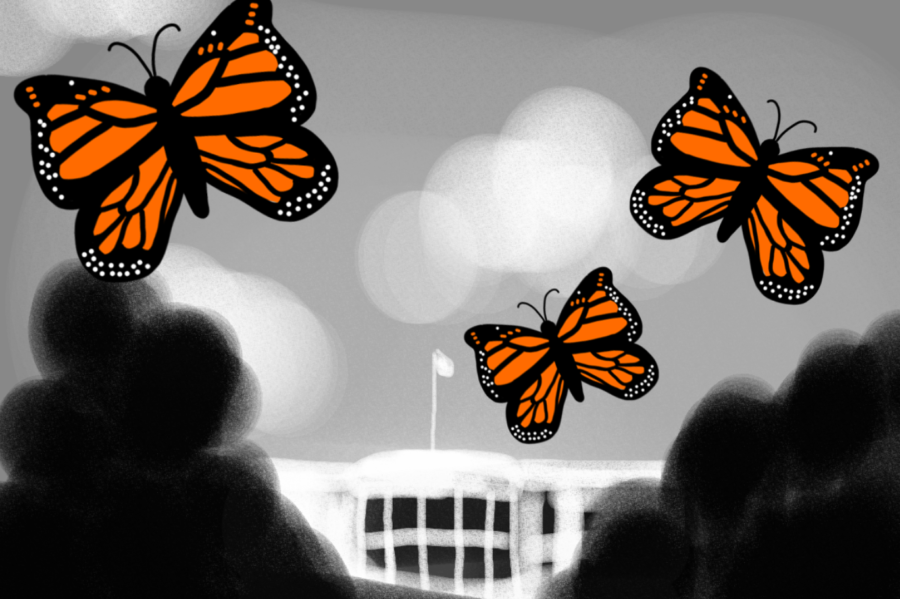 Columnist ranks rap album highly because lyrics are similar to poems and stories.

When it comes to the title of greatest rapper to ever live, many names come to mind. Artists like Tupac, The Notorious B.I.G., Dr. Dre and others helped form the battle between west coast and east coast rappers in the ’90s. Meanwhile, artists like Eminem, Jay Z and Kanye West defined the 2000s. When it comes to the modern-day rap game, there is only one clear front runner that continues to pioneer the rap genre as a whole.

Kendrick Lamar is a rapper from the heart of Compton, California. Growing up, his family was surviving off welfare and Section 8 housing, and he had a lot of friends who were part of gangs in the area. Growing up in a predominately Black community opened Kendrick’s eyes to the many problems that penetrate American life. It is one of the many factors that define his lyrical themes. After his debut “Good Kid, M.A.A.D. City” in 2012, Kendrick already had the praise of rap fans and critics alike. But his legendary status did not arise until he released his sophomore album “To Pimp A Butterfly” in 2015.

Two lyrical themes persist throughout the album’s runtime: tracks about the political problems affecting America and the Black community and tracks about his inner struggles and development as a human being. Songs that elaborate on politics include tracks like “Wesley’s Theory,” “Hood Politics,” “The Blacker the Berry” and “Mortal Man.” Songs that elaborate on Kendrick’s character include tracks like “u,” “For Sale? – Interlude,” and “How Much a Dollar Cost.” Some songs on the album like “Alright” blend the two themes.

Speaking of “Alright,” the track is the peak of the album. The track reflects on Kendrick’s ability to build himself back up through his faith in God, declaring that he will be fine as long as his faith stands strong with him. The chorus declaration that “we gon’ be alright” became a mantra that the Black Lives Matter movement used during the 2015 protests. Some Twitter users designated it as “the new Black anthem,” further illustrating the track’s immense cultural importance.

“And when you hit the White House, do you

But remember, you ain’t pass economics in school

And everything you buy, taxes will deny

I’ll Wesley Snipe your a** before thirty-five”

Lucy, on the other hand, is a character that Kendrick uses as an embodiment of Lucifer. Lucifer acts as an inner demon that tries to influence Kendrick’s behavior and actions. The track “For Sale? – Interlude,” elaborates on Lucy and has an eerie instrumental filled with ominous piano and other instrumentation.

“I remember you took me to the mall last week baby

You looked me in my eyes about 45 times

Till I was hypnotized then you clarified

That I (want you)

You said Sherane ain’t got nothing on Lucy

I said you crazy

Another fundamental aspect of the album that separates itself from other rap albums is the poetry Kendrick recites during transitions between tracks. More lines join the poem after each song, often adding lines that help transition into specific tracks. The transition between “These Walls” and “u” is an excellent example of this, as the last lines of the poem reference Kendricks’s existential crisis that is elaborated on in “u.” The poem finishes at the end of “Mortal Man” where Kendrick reads the poem to Tupac who he then begins to interview. The interview on the track builds upon sound clips from an old interview with Tupac while he was still alive.

Towards the end of the interview, Kendrick reads a piece of writing to Tupac. The writing describes how caterpillars represent a creature that roams the streets to survive and disregards itself due to the butterfly’s beauty. The caterpillar becomes trapped in a cocoon, falling victim to institutionalization. Then, the caterpillar gains its wings and becomes a butterfly. Kendrick uses this transition as a metaphor for expressing how individuals can twist America’s systemic problems for their benefit, manipulating it as an opportunity to open one’s consciousness and comprehend the beauty of every human. Thus, the system itself can change through the enlightenment of everyone across the nation.

Kendrick’s lyrical ability to express his thoughts and elaborate on himself and the problems the Black community faces are akin to no one else in the modern rap game. Kendrick is the complete embodiment of what rap music truly is, a form of lyricism that expresses truths about society and our inner thoughts. Rap is more than a genre of music that can be played at parties for everybody can dance to. It is a way of artistic communication between the listener and the artist.