Jam out with KZUU 90.7 student radio 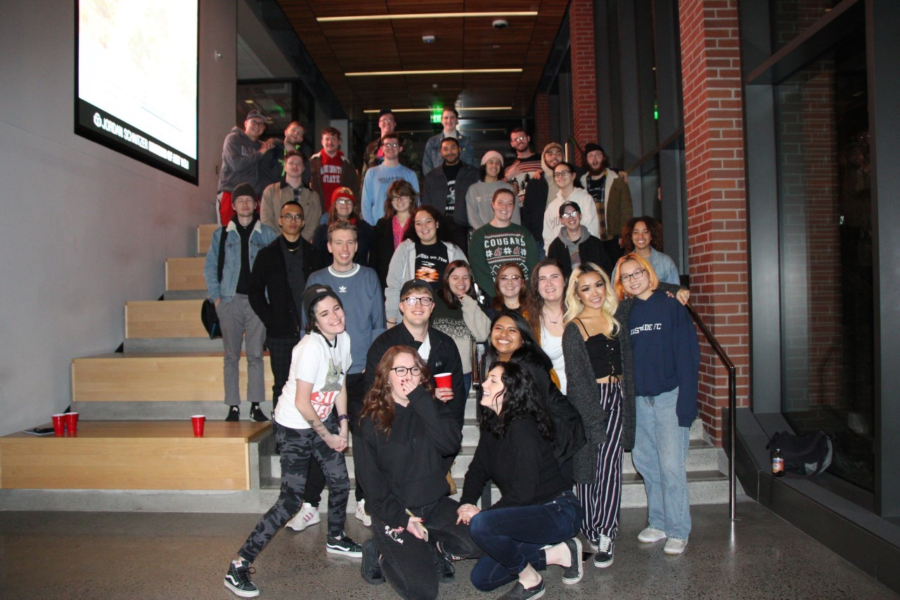 Photo was taken before the pandemic, and now they have strict guidelines to follow.

Among the many clubs and organizations at WSU, Pullman is home to its own student-led radio show. KZUU 90.7 plays a mixture of music presented by their staff of DJs.

Giving a platform to both students and non-students to play music they enjoy and are listening to, KZUU has a wide variety of different shows to fit the taste of their prospective listeners and the DJs who cater to them.

Ryan Tattershall has been a part of the radio organization for three years. He joined by the recommendation of his friend who was working there at the time. Despite changing his show’s name through the years, Tattershall still keeps playing music that he enjoys listening to.

“You can work on a playlist throughout the week,” Tattershall said. “I mold my shows as the week goes on to what I am listening to, what I have heard and what I liked that week. It is just kinda up to you what you do.”

While the music content of his show, “The Dinner Hour” follows what he is listening to, Tattershall said he is listening to a mixture of funk-rock and hip-hop right now. With a sizable stack of CDs in his car along with a subscription to Bandcamp, he enjoys listening to new music and likes having a platform in which he can show off his taste.

“Music is something that can destress at the end of the day. Let your mind go a bit and not think about it too much,” Tattershall said. “Try to have fun with it, that’s the main reason I really like doing this. I get to go in every Thursday night for an hour, play music at the top of the CUB pretty loudly.”

As the university deals with the pandemic, the radio studio has been allowed to have one person in the it. It is then thoroughly sanitized afterward. Tattershall enjoys being able to go in to host his show rather than have to deal with doing it on his own computer.

Tania Vargas is the program director at KZUU. She is responsible for managing the shows, which includes who is coming in and out of the studio. She also helps the general manager with the station’s administration side. Vargas helped set up the station’s COVID procedures when she was the summer general manager.

Vargas has held a number of different leadership positions within the organization since joining the station at the end of her freshman year, including the world music director, head of the fundraising committee and now the program director. Of the positions she has held, she said program director is her favorite.

“It is really fun listening to other people’s shows,” Vargas said. “Being able to communicate with the DJs more and get to know them a little bit more despite all the difficulties is one of my favorite parts.”

She wants to make sure that they are okay and that their shows are following rules.

They do really interesting shows and she loves them, Vargas said.

Vargas hosts her own radio show called “Matters of Tea” under the DJ name Tanz. She addresses pop culture and political issues while also highlighting world music. A recent topic of the show was Lil Nas X’s new song MONTERO.

Vargas recommends anyone interested in radio check out the applications on their website. She enjoyed hosting her own show and help run the radio, and wants people to follow in her footsteps.

Vargas said she has taken a lot from her experience at KZUU, enjoying the people she has worked with and the skills that she has developed.
“Confidence is key and it’s okay to make mistakes. That is something I keep telling myself ever since I started being on the radio,” Vargas said. “The connections you build are great … Connections definitely go a long way, it doesn’t matter who they are.”

Vargas is exploring her post-college options. The skills she has learned will help her in whatever career she pursues. Currently, she is interested in either being a social media manager or working in the radio industry, Vargas said.

Vargas said people thinking about joining the station should just do it, even if they are not a student.