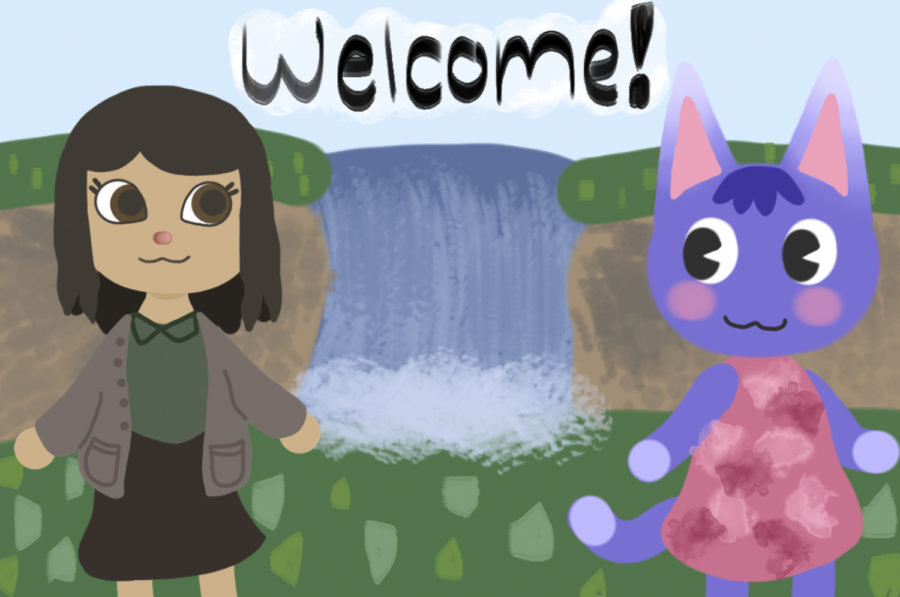 Animal Crossing: New Horizon took the title for one of the best videogames.

If you’re like me, you grew up having a complicated relationship with video games. I remember playing on the now old-timey GameBoy, a N64, the PS2, and so on while some family disapproved of any screen time at all! I would spend time playing Pokemon games or Mario — I can most definitely say that I was (and still am) mostly a Nintendo fan.

Everyone knows that there is a strong feeling that usually comes from older generations about playing video games and being harmful. While these claims do hold some truth to some degree, it can be questioned when many games include challenging puzzles and others are recognized as being a comfort to those struggling with emotional wellbeing.

“Animal Crossing” was released March 2020 and has been booming since. By the end of the year, it had become a serious competitor to the breathtaking game “The Last of Us Part ll” as well as “Ghost of Tsushima.” Both of these games had an extremely powerful storyline that kept players hooked. I especially enjoyed The Last of Us and appreciate the amazing story, gameplay and visuals.

Animal Crossing ended up winning two awards from the British Academy of Film and Television Arts in 2020 for best “Game Beyond Entertainment” and best “Multiplayer.”

It seems interesting that such a simple Nintendo game was a huge competitor against several complicated and dramatically intense games. However, for many individuals, New Horizons was their first time playing Animal Crossing and it quickly became clear why everyone was so obsessed with it.

The internet became populated with Animal Crossing memes and jokes about using it or therapy and just appreciating the joy that it brought to them.

Honestly, who wouldn’t love being on their own island talking to cute animal villagers? With concerts from a singing dog with huge eyebrows to being in eternal debt to a tanuki, because no, Tom Nook is not a raccoon but a tanuki which is basically the result of a raccoon and dog combined.

Many used this game as a comfort to get through the first stretch of the pandemic when mental health issues were becoming very prevalent due to the sudden change and shock of the world’s state.

Many people like myself consider themselves very social extroverts that enjoy going out and staying busy in life. I found that when lockdown started, I felt very out of control of my life and didn’t have any solid grounding in school, relationships, living situations or anything really. I was simply doing my best to get through my classes and survive while not really paying any mind to my emotional wellbeing. I believe that what I experienced was very similar to what others felt.

After purchasing Animal Crossing, I was not too big into it but kept playing. After about a week or two, I found what the raving was about. Having a social element to the game and being able to “go out” to Nooks Cranny or The Able Sisters gave a bit of healing to the restrictions in our day-to-day lives. The relationships that build between villagers and yourself, as well as amongst the villagers, make it feel very personal by getting to know and care for characters.

Players regained the control over what goes and doesn’t go on in the island and who is allowed on your island or not. There are distinct differences in personalities in this game, providing snooty characters, sisterly, athletic and others gives players the ability to appreciate them all.

Players also have the freedom to choose different and fun fashion statements every day with 4000+ items of clothing — and even more items than that! This unleashes unlimited possibilities that players can create their own unique world. Not only are there physical items provided by the game, but there is also the option to create your own items. Through customization, players’ inner artists can come out and design fashionable clothing and customize specific items to their liking.

Many have used this freedom to address social issues in their islands. Players are including pride flags, BLM statements and art, and I’m sure some may remember the Biden Animal Crossing campaign. Biden had gamers create a campaign island that gave visitors the ability to access Biden support “merch.” Be warned, participation in this does come with risk now, since weeks after the Biden island was released, Nintendo released guidelines stating to refrain from politics in the game.

Some players can experience burnout from the game after some time, but it quickly draws players back with new updates providing new and exciting content and monthly updates. Updates incluse season events, holidays and new items and clothes, as well as improved gameplay experience. The updates are still continuing today after over a year of being out and open to gamers.