Recipe: Beignets on a budget

These pastries are relatively easy to make, harder to stop eating 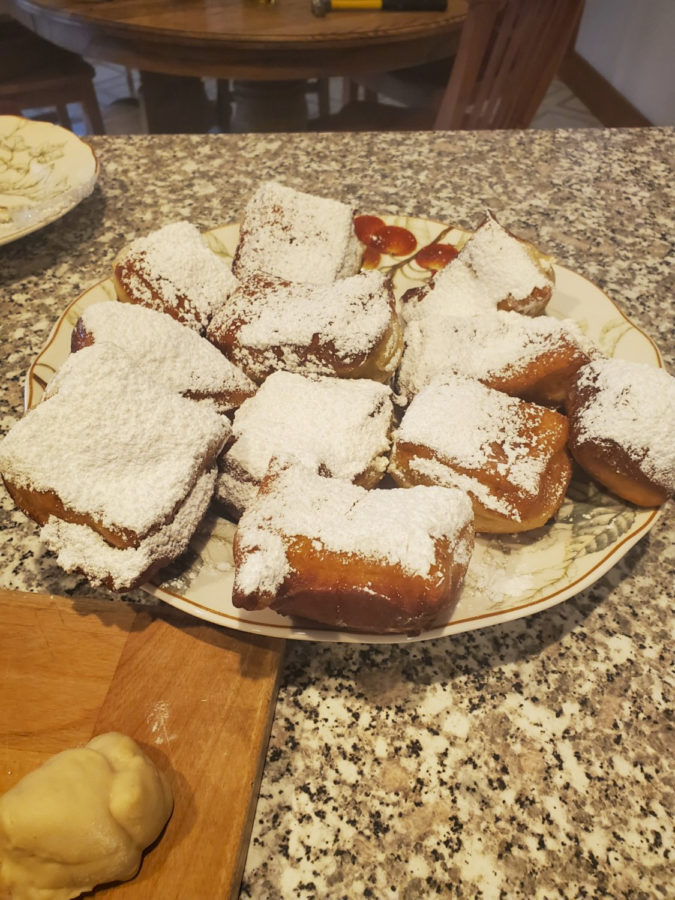 Princess and the Frog inspired pastry is easy to make if you follow the recipe.

If you have seen the Disney movie “Princess and the Frog,” you may have spotted the pastries that Tiana has as a headliner for her restaurant, also known as a beignet. Facing the dilemma of wanting to stretch my cooking skills while being on a college budget, I endeavored to create this delicious-looking dessert without digging a hole through my wallet.

After scouring the internet, I found a recipe from Ashley Manila on Baker by Nature that seemed to fit my criteria. From having gone through the process, I can safely say that you don’t need every piece of equipment to make these beignets. That being said, having a dough hook, bread maker or thermometer for your oil makes it much easier.

After baking for the better part of the day, I soon found that it was really difficult to stop eating the finished product, and it was well worth the wait. If you have access to a little bit of time and a workable kitchen, this is a wonderful dessert to make for your friends and family.

One cup of warm water

Two and a fourth teaspoons of active dry yeast

Two and a half teaspoons of vanilla extract

One teaspoon of salt

Don’t be intimidated by the longer ingredient list! The end result is three dozen beignets, so you’ll either have enough to last a while or cut the recipe down to your taste.
While the original recipe that I saw called for peanut oil, we used oil we had on hand and it didn’t seem to make a difference. It was also much cheaper.
Kneading the dough by hand is possible but takes longer, so I recommend looking at a breadmaker machine.

In a medium bowl add the warm water, sugar (not powdered sugar), and yeast while whisking to combine. After you feel it is well-mixed, set it aside for ten minutes to let the yeast activate.

In a separate bowl beat together the eggs, vanilla and evaporated milk. Combine half the flour with the mixture slowly until it’s smooth while slowly adding in the yeast mixture.

Add the butter until it is fully mixed in. This is where a mixer would be useful, but it should be doable with a little muscle. Finally, combine the last of the flour and salt and beat until fully incorporated. Depending on the consistency during this step, either kneading your dough a little bit or throwing it into a bread maker for a few minutes will get the consistency we are aiming for.

Cover the bowl tightly with some plastic wrap and put it into the refrigerator for at least two hours.

Lightly flour a surface to roll out your dough into a large one-fourth-inch thick rectangle. Cut the dough into small two-inch squares. Making them uniform may help cooking times but isn’t essential; for this step, we used a pizza cutter.

Prepare a baking sheet with a wire rack on it, and place some paper towels below to make cleaning up easier.

Using a deep pot or a cast-iron skillet, heat up around four inches of the oil of choice. While the target temperature is 360 degrees, we weren’t able to get above 200 degrees according to our meat thermometer.

In small batches, fry the squares until they are golden in color. With a slotted spoon, transfer the cooked dough to the cooking sheet.

Immediately hit the beignets with a drizzle of honey and a healthy amount of powdered sugar.