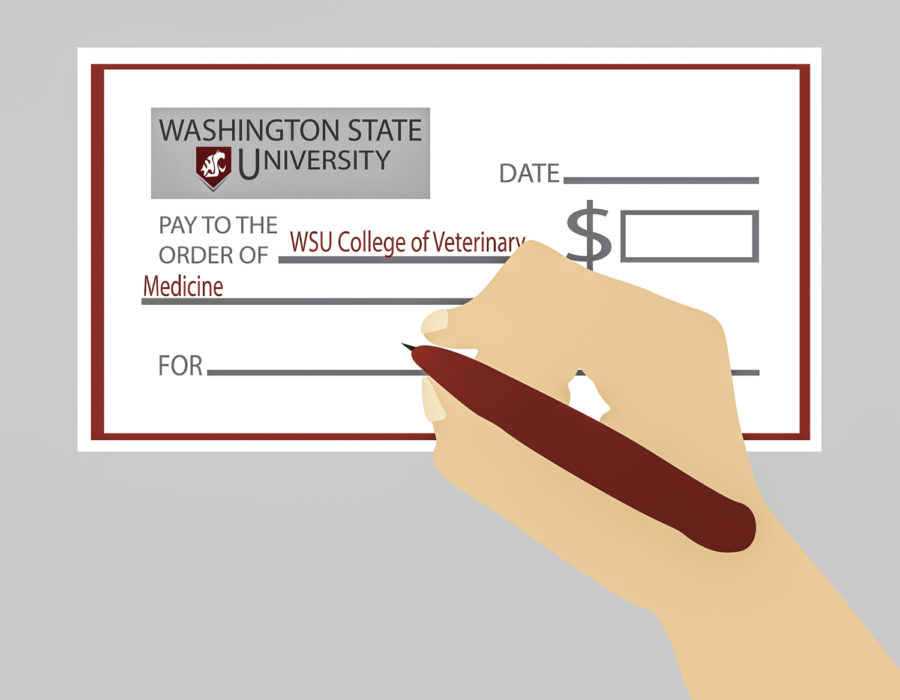 The WSU College of Veterinary Medicine raised the most money for an individual organization, totaling over $337,000 from 259 gifts.

The event began in 2015 as a way to raise money for the university and various programs. Jessica Billings, director of development and university advancement for the WSU Foundation, said the university canceled the Day of Giving last year because of COVID-19.

Billings said the foundation is pleased with the way this year’s Day of Giving turned out.

“Our goal each year is to have the broadest reach as possible with the campaign in terms of sharing the message of philanthropic impact,” she said.

Alumni, students and staff members were encouraged to sign up as ambassadors for the event, participating in Call-A-Coug and reaching out to WSU affiliates that may want to donate, Billings said.

Coug ambassadors are important advocates of philanthropy. They get the word out about the event to potential donors, she said.

“[Ambassadors] are able to share a unique URL to help refer people to give on the day, and they can see in real-time the impact they’re having,” Billings said.

This year, the total number of gifts donated by WSU alumni, staff members, family and students was 1,296, she said.

“The WSU students always play a critical role,” Billings said. “We had 35 students give, which I think is tremendous.”

Billings said the WSU College of Veterinary Medicine raised the most money for an individual organization, totaling over $337,000 from 259 gifts.

“These areas of support included cancer care, global health experiential learning, scholarships and support for the College of Veterinary Medicine and its School of Molecular Biosciences,” she said.

Gifts are dispersed through the WSU Foundation and are further facilitated by marketing and communication professionals across the WSU system, said Trevor Durham, WSU Foundation associate vice president of university advancement.

“It’s a lot of facilitation going through the units in the colleges, so they may not necessarily be connected directly to the Foundation,” he said.

Staff members and facilitators of the event are grateful for the WSU community and donors who support the university and the Day of Giving, said Mike Connell, WSU Foundation senior associate vice president for university development.

“We are so appreciative of the donors who end up making these commitments, but it’s the appreciation for everybody that makes it happen,” he said. “This is the ultimate example of a team sport.”

Those interested in viewing the results of this year’s Day of Giving can visit the #CougsGive website.