No plans existed for a virtual show; horseback riding is a COVID-19 friendly activity 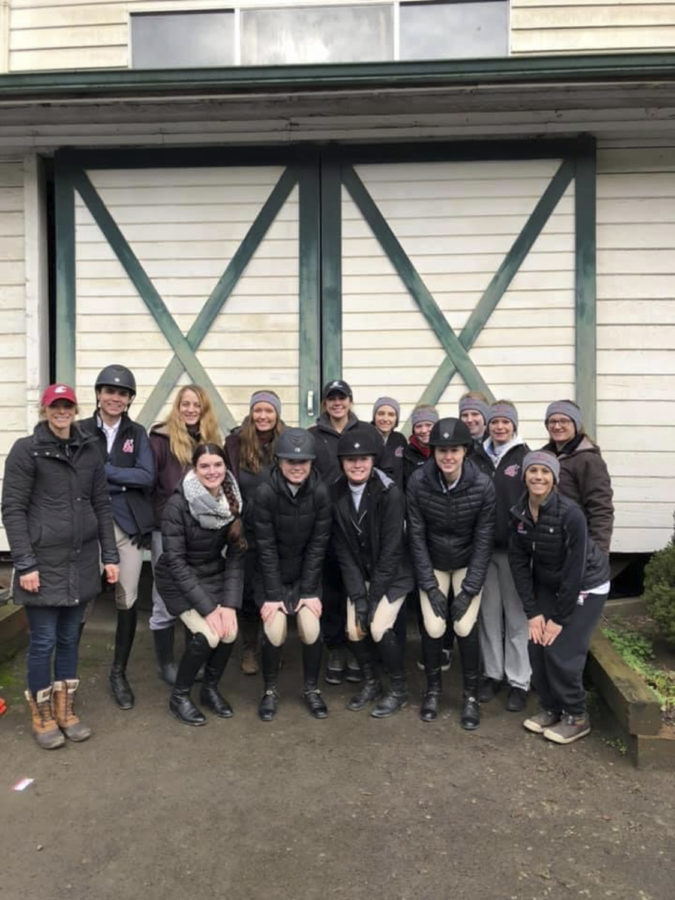 The team moved to a new barn during the pandemic and it was a good time to make the transition. It gave them easy access to the wheat fields.

The WSU equestrian team successfully and safely competed during the COVID-19 pandemic.

The equestrian team started back in the 1980s but “kind of faded away,” said Emma Spencer, member and fourth-year biology major. It was brought back in the early 2000s and has gained traction ever since.

The team was not able to compete in-person this year, but they were able to devise a plan to compete virtually, said Hollie Dahl, vice president of the equestrian team and third-year English education major.

There were no plans on how to host a virtual show, but it ended up working out really well, she said.

Dahl joined the team two years ago and was a horse manager before becoming vice president.

Besides the pandemic, Dahl’s experience has been different this year with being an officer, as well.

“We weren’t sure if we were even going to be able to have a practice season,” she said. “But we knew the chances of us competing [in-person] were pretty slim.”

The team was relieved they were able to do that, Dahl said. The team members wore masks during practices. Other than that, horseback riding is already almost a COVID-19 friendly activity.

The team has taken a financial hit due to the pandemic. She said they hold fundraisers with Yankee Candle, but everyone has struggled this year and candles are not a necessity.

“The university was really trying to encourage clubs to not have fees, but because we are a club that has animals relying on us to take care of them … money has been difficult.”

Spencer said she has been riding horses for around 15 years and was lucky enough to have her own. She competed in barrel racing, sorted cows and was a member in 4-H.

She decided to join the equestrian team after starting at WSU during spring semester. Spencer said she knew it may be difficult to make friends, so joining the team felt like a good opportunity to meet like-minded people.

“It helped me come out of my shell as a social person,” Spencer said. “I would describe myself as being shy … and it has allowed me to meet some of my best friends.”

Like Spencer, Dahl also has extensive experience in the equestrian world.

Dahl has been involved with horses since she was six and has spent about 10 years competing, she said.Riding has shaped her whole life.

“It teaches you real life skills … handling disappointment, handling loss, how to be very disciplined and what I want from my life.”

Dahl said all horses have their own personality and every one of them requires the rider to learn their quirks.

“Horses are stupid, they are just not functional animals,” she said.

Dahl said the team did have access to a new barn built by their coach Laura Moore.

This year was actually a good time for this transition to occur, she said. Three quarters of the horses live in the barn and it is a very nice facility.

“With the new barn we have more access to the wheat fields,” Dahl said. “We went on a ride in the field and just galloping … it was just awesome.”