Part of same sorority as grandmother; retired on five acres in Whitman County 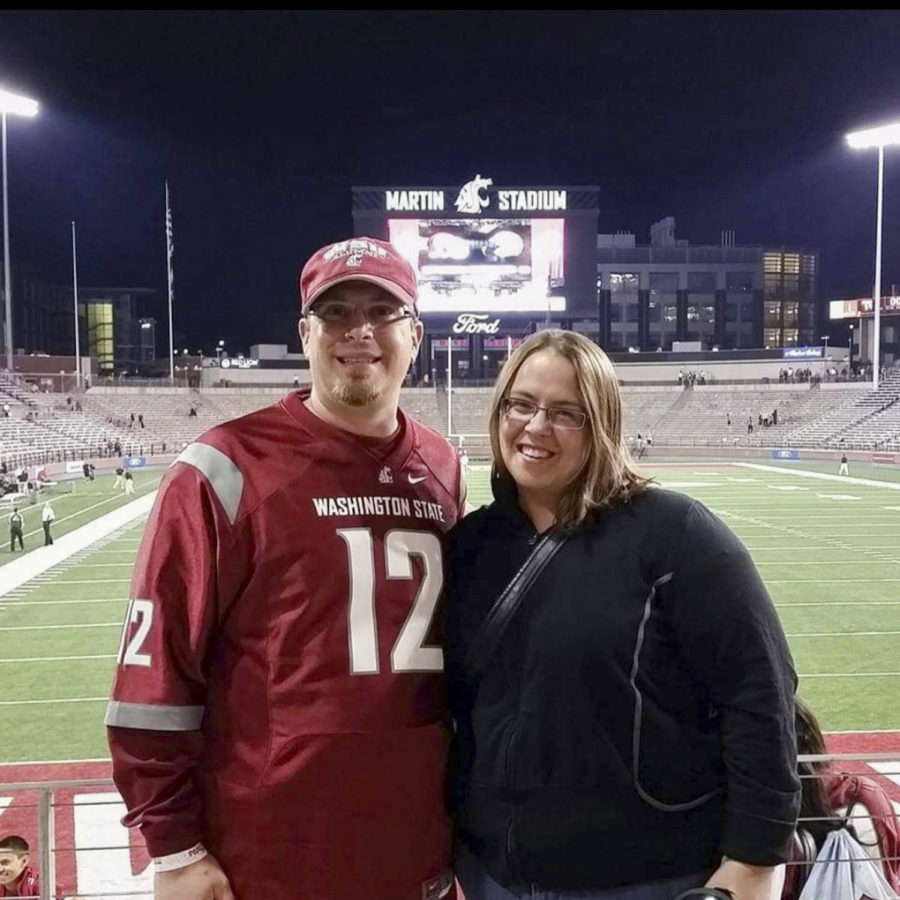 Whitman County creates a home-like community, with multiple generations of Cougs filing in and out throughout the years.

Retired school administrator Jeff Pietila, is a part of a family full of Cougs.“My mom and dad met on campus. I only went one year, but one of my brothers went and has two degrees there,” he said. “We have three generations and my grandkids are rabid Coug fans too.”

Pietila said his dad was the first in the family to go to college. His parents pushed the importance of education, family and a good work ethic on him when he was young.

“I came my freshman year in the fall of 1975 and my girlfriend [at the time] went to Western Washington University, so you know how that goes,” he said.

Pietila ended up transferring to WWU and got his undergraduate degree from there. But he said he still had a tie to Pullman through his wife because her dad and sister went to WSU as well.

Pietila retired last spring and now has five acres of land in Whitman County, he said.

“I’m just sitting on my porch, nothing’s bothering me but my dog chewing on a bone right now,” he said. “No neighbors two miles in any direction and I love it.”

While Pietila grew up a die-hard Coug fan, he said he lived in “Huskyville.” He grew up south of Puyallup and had a lot of Husky-oriented friends, but he leaned more towards WSU.

His grandchildren are young, but his six-year-old granddaughter is clearly a Coug fan, he said.

Pietila said his son lives near the stadium, and his granddaughter gets excited whenever she hears the band and football team practicing.

“There’s just a lot of connection for us,” he said. “Palouse is home.”

Maggie Fisher, case manager for car accidents, went to WSU from 2004 until 2009 and was able to get involved on campus while she was there.

Fisher said she was in Alpha Delta Pi, which was the same sorority her grandma was in. She was also on her residence hall’s council during her freshman year.

Even as a kid, she said she knew she was going to go to WSU.

“The family joke was always that my parents would pay for any school, as long as it was in Whitman County,” she said. “I always thought that was kind of funny, it never dawned on me that there weren’t any other schools in Whitman County. I just always knew they implied WSU.”

When Fisher got accepted, she said her dad did not make a big deal about it. He knew she was going to get in because she was a WSU legacy.

She said she met her husband at school. The two met three weeks after she started school and got married seven years after graduation.

“I apparently called my mom and [said] I was going to marry him as soon as I met him,” she said.

Fisher said she was at WSU when there was the vote to expand Martin Stadium.

When the plumbing in the stadium was finished, she said she attended an event called the Royal Flush with her friends.

“They had us … flushing the toilet as many times as we could for 10 minutes because they needed us to stimulate a halftime crowd to make sure the plumbing worked,” she said. “We all came out with Royal Flush T-shirts and a pizza party.”

Fisher said she moved to eastern Washington when she was in sixth grade. But she always took road trips with her family to the WSU campus.

She was able to get involved in activities on campus in middle school because of a science camp and 4-H FFA, and enjoyed being able to see the campus from a young age, she said.

“I would not have picked anywhere else to go,” Fisher said.