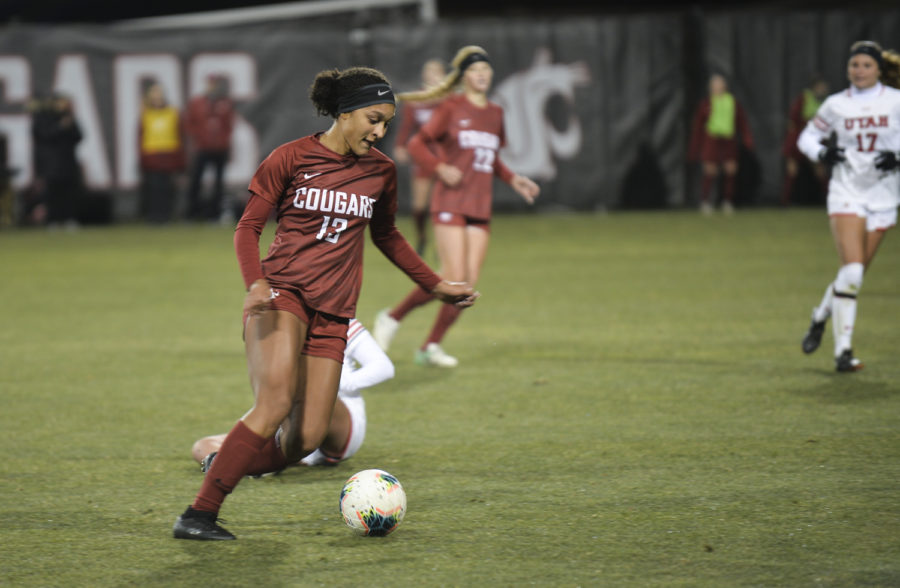 Gomera-Stevens earned her first-ever Pac-12 honor after being named to the All-Pac-12 second team, while both Bennett and Minniss were named to third-team honors.

This was Bennett and Minniss’ second time earning all-team honors, as they both made the all-freshman team in 2017 and 2018, according to WSU Athletics.

This will be the first and last selection in Gomera-Stevens’ WSU career. She was selected 27th overall by the Houston Dash in the 2021 National Women’s Soccer League Draft.

The Hawaii native racked up four goals this season, only second on the team behind Bennett’s six. Her two goals and four points in conference play led the team in both respective categories.

Gomera-Stevens will end her career as a Cougar playing in 76 games, 64 as a starter, while scoring 13 goals and dishing nine assists. Her management in the middle of the field will put her down as one of the greatest midfielders in WSU history.

Bennett’s senior season proved to be the best of her four years in the crimson and gray, scoring six goals and an assist in her 12 games played. Her six goals and 13 points were tied for seventh and tenth in the Pac-12, respectively.

Bennett’s 16 career goals put her just outside the top-10 in school history. She also will wrap up her WSU career with eight assists and 40 points.

Minniss finished up her junior year as a Cougar with just one goal and one assist, but her impact defensively is what makes Minniss as special as she is. The team only allowed 12 goals in their 12 games played this season, and that was largely in part to Minniss leading the Cougar defense.

She earned Defensive Player of the Week honors after her contribution to the team’s 3-0 win over the Idaho Vandals on Feb. 19. She not only made her presence felt on defense but also scored the game-winning goal to lead the Cougars to victory.

Miniss, the Colorado native, will likely be back on the Lower Soccer Field for her senior season when the Cougars head into next season’s campaign.

The Cougars played in their final game of their 2021 season in a 0-0 tie against the Washington Huskies last Friday. The team found out on Monday that they were not selected to go to the NCAA women’s soccer championships.

In the same tournament in 2019, WSU made it all the way to the Final Four before losing to the No. 1 North Carolina Tar Heels.