Awards presented March 26; one group focused on effects of certain medicines on dogs and cats 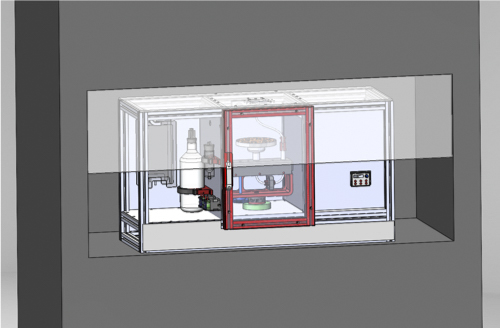 This past March, WSU introduced Cougar Cage, a Shark-Tank-style funding program. The program allows WSU students and faculty members to apply for one-time funding for their research projects.

Funding was given in large quantities ranging from $20,000 to $50,000 dollars. The program ultimately had 54 applicants who went through a multiple-round interview process. Six of the groups received an award, said Ginger Druffel, executive assistant to the WSU President.

The Palouse Club, a group of WSU alumni and donors sponsored the program, she said.

“We came up with a Shark Tank idea,” Druffel said. “We pulled proposals together to present to the Palouse Club to show them what we are actively working on at WSU.”

She said the program recognizes and financially supports large projects from different WSU groups. Final awards were given out March 26 after finalists presented their projects in front of the Palouse Club.

“This award was a way to support a variety of different activities on campus,” Druffel said. “In the event’s inception, the idea was that it could be widespread, benefiting athletics, Student Affairs projects or research projects.”

The project has been in the works for the last four decades and the team can enhance their research with the funding, she said. With the product, the group hopes they can make cancer immunotherapy more accessible in various countries.

Another program winner, “Individualized Medicine: Going to the Dogs?” focuses on the effects of certain medicines on dogs and cats. The group consists of four members working in the WSU College of Veterinary Medicine.

“We have developed a testing procedure to scan for drugs that can be toxic to dogs and cats,” said Katrina Mealey, WSU Veterinary Clinical Sciences regents professor.

Mealey said the application process to participate in the competition was simple and she is grateful for the financial support.