Cougars have three golfers competing for championship in Stanford 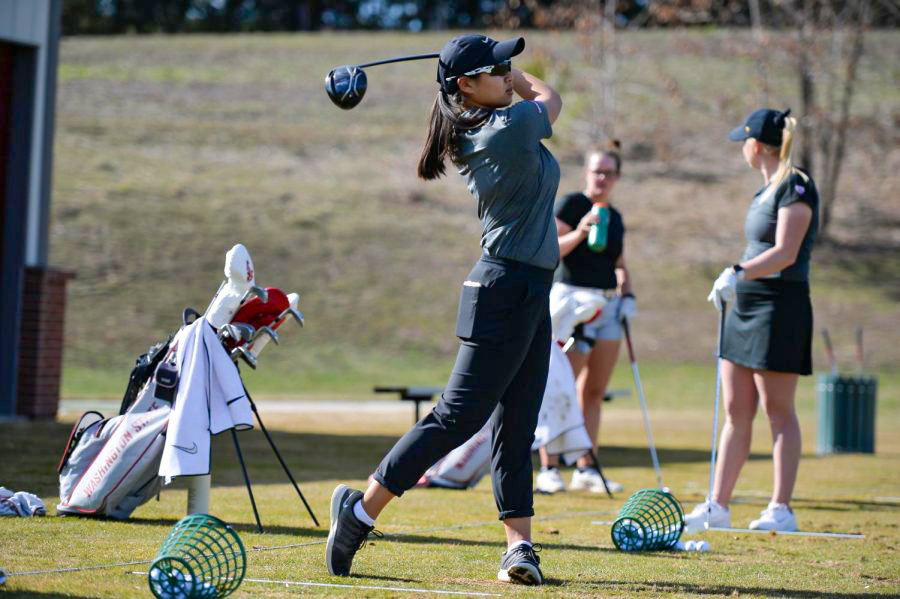 Junior Amy Chu warms up with some practice shots on the driving range.

The WSU women’s golf team will head out to Stanford, California, to compete in the Pac-12 championship from this Friday to Sunday.

The three-day tournament will take place at the Stanford Golf Course, home of the Cardinal. The course is a par 71 and is 6,269 yards long. The teams will play one 18-hole round per day for a total of 54 holes and a total par of 213.

The Cougars will tee off the first round at 9:20 a.m. on Friday. The pair for rounds two and three will depend on the golfer’s placement from the previous round.

The lineup for the Cougars will consist of three golfers. Redshirt senior Emily Baumgart, and juniors Amy Chu and Cameron March will be the only Cougars competing for the Pac-12 championship individual title this weekend.

“We’re going to the Pac-12 championship with only three players due to injuries and some other challenges,” head coach Kelli Kamimura said.

Kamimura preached the importance of enjoying the moment while also trying to capitalize on every opportunity the team gets.

“We’re looking forward to going to the Pac-12 women’s championship and competing this week,” Kamimura said. “We want to seize every opportunity to compete, and I am really proud of the way this team has been there for one another [throughout the season] and go out and compete together.”

The most recent winner of the women’s gold Pac-12 championship was USC in 2019. The Trojans have won two of the last four championships.

Fans in attendance at the event are limited to the athletes’ family and friends and California residents who are fully vaccinated.