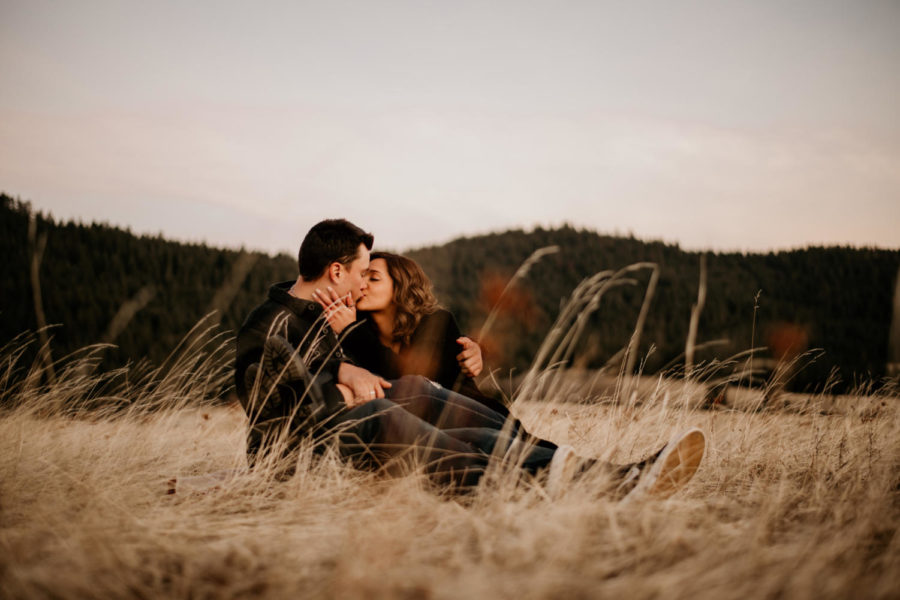 Brown loves capturing couples that are in love because they look at each other like their worlds revolve around each other.

As spring commencement creeps closer, seniors have been out and about taking their graduation photos.

Liv Brown is a wife, mom and photographer based in Spokane, Washington.

Brown said she currently lives in Tekoa, Washington, which is a town in Whitman County, right between Spokane and Pullman.

“I’m going down to WSU to do some grad pictures,” she said. “[I do] lots of traveling.”

Brown said she got into photography because she used to always take photos on her phone and enjoyed taking pictures. One of her close family friends gave her a camera one day, which resulted in her becoming more serious about photography.

“I started offering everyone I know photos, and tried to get really creative with it,” she said. “[I would shoot] in front of old buildings and stuff and from there it kind of like grew in interest.”

Brown said she draws inspiration from Brittany Maxwell from The Light and The Love and Taylor Jackson, a wedding photographer from Canada.

When she was younger, Brown said she would take pictures on her Nintendo DSi because she did not have a camera.

“I used to take pictures of flowers on my Nintendo DSi camera and I [would] print them out and put them in a binder,” she said. “That would be my portfolio and I’d show everyone who would ask me about my pictures.”

Not only does Brown take graduation photos, but she also does photoshoots for families, and she recently started taking wedding and couple photos.

“I just love capturing couples that are in love and their whole world revolves around each other,” she said. “It’s so special and … it’s almost like you can feel and see their love between each other. It’s almost tangible.”

She said she enjoys being able to capture moments that she would not normally get to see on a normal day.

She said she recently did a cake smash shoot with a baby who had just turned one.

“Right after, her mom was cleaning her up and was telling her what a good job she did, and I got some pictures of that,” Brown said. “That was just so sweet and precious and I love being able to document that for people.”

She said she sees herself working with photography for the rest of her life, even if it ends up becoming something on the side.

“If not as a business, I would at least [want to be] taking pictures of my family and documenting those moments for myself,” Brown said.