WSU alumni kept coming back for sports, decided to move to Pullman permanently 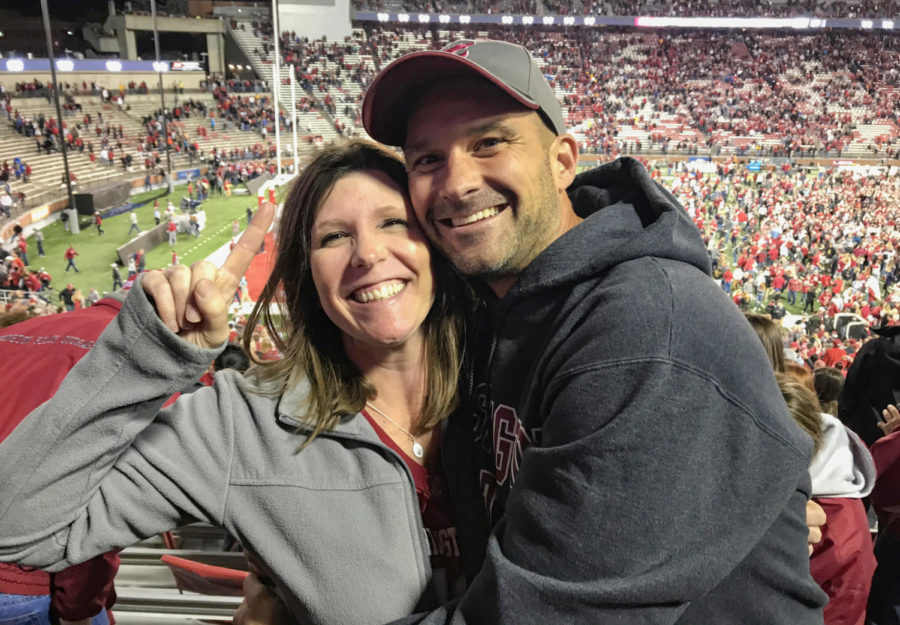 COURTESY OF DAVID AND MARY SCHNEIDER

This couple bought a house in Pullman as an investment because they thought the hotels would be booked for WSU football games.

Living in a college town with contagious energy from students makes it hard to feel old.

WSU alumni David Schneider said Pullman is a paradise for 18- to 22-year-olds.

When he went to WSU in 1988, he said the recreation center did not exist. Instead, he and his friends would go into the physical education building and play basketball on Saturdays.

“[WSU] is a great place to go to school [and] meet people,” he said. “You are all kind of stuck in what you then considered the middle of nowhere.”

David’s wife, Mary Schneider, also went to WSU in 1988, but she transferred to Seattle University. She said she never crossed paths with David at WSU.

They met right after they graduated, David said. They both had jobs at Microsoft Corporation and went their separate ways. But they reconnected 15 years later.

“We got married 12 years ago,” he said. “When we got married, I had a house, she had a house and we decided we didn’t need two, so eventually we ended up selling mine.”

The couple bought a house in Pullman as an investment, thinking the hotels would be booked for WSU football games, he said.

They decided to purchase a house and rent it out to students, David said. They owned the house for four to five years before deciding to move to town permanently in 2018.

It all started with football. Then basketball and baseball games became a part of the tradition, Mary said. Since returning to Pullman became a frequent occurrence, they decided to just stay.

“As soon as you get over the mountains and when you’re driving over the pass, you can feel yourself relax,” David said.

The sense of community created by living in a small town encourages people to be kinder to each other, he said.

Mary was a student when they were recruiting former WSU football player Drew Bledsoe. When she and her sorority sisters saw him pass by on Greek row, she said they all cheered him on.

A few years ago, Mary was in Walla Walla, Washington while wine tasting and she bumped into Bledsoe. She asked him if he remembered that moment and he did.

Even though the COVID-19 pandemic is still ongoing, sports remains one of the biggest factors that keeps the Schneiders here.