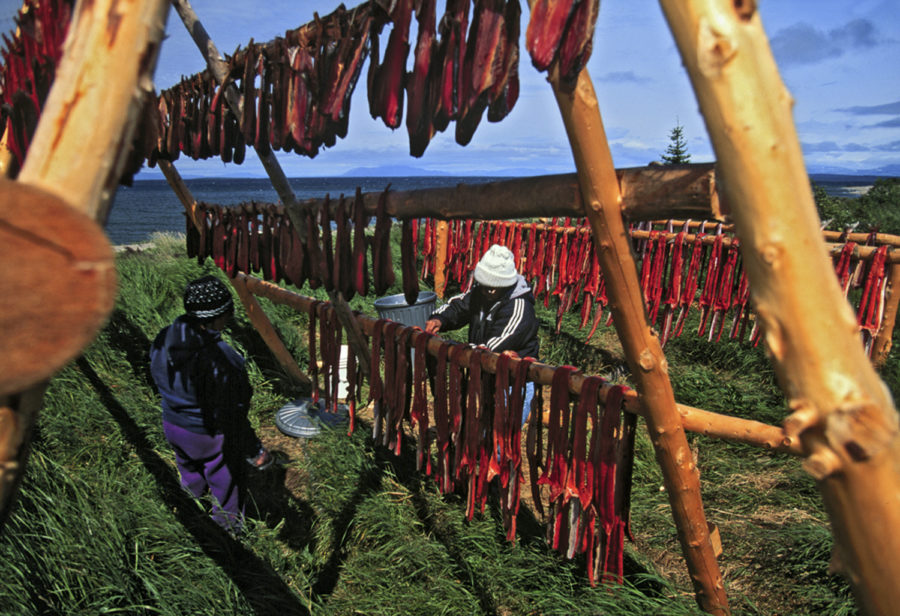 WSU researchers found that Native Americans had diverse diets that did not rely solely on lean meat, which debunks previous findings that suggested Native peoples’ diets along the Pacific Rim were almost exclusively made up of salmon.

It is impossible that Native Americans would have lived almost exclusively off of salmon, said Shannon Tushingham, WSU anthropology professor and lead author of the study. They would have suffered “salmon starvation,” similar to the rabbit starvation many European explorers experienced.

Diets that are reliant on lean meat like salmon or rabbit would not be possible for humans to live on because it causes protein poisoning, she said. The human body requires other nutrients to survive, so diets consisting almost exclusively of salmon would be unsustainable, leading to death.

Researchers excavated archaeological sites, many of which were lived in for thousands of years. This provided them with long periods of occupation to study, Tushingham said.

An essential part of interpreting these sites also included talking to Native communities and getting their oral histories. Researchers pulled together these records of the past to create an understanding of how life was, she said.

The study is an accumulation of research that began while Tushingham was earning her doctorate at UC Davis. There, she said she studied the salmon fishing villages of the native Tolowa people in northern California.

Studying a way of life that happened so long ago brings many challenges for researchers. It can be difficult for them to interpret what they find. Tushingham said collaborating with other scientists helps them interpret the archaeological record correctly.

“Archeology is not an exact science,” Tushingham said. “We try to come up with the best, most reasonable story we can with the data there.”

Researchers considered what is known about food science and nutrition, and they factored in what the human body needs to survive in terms of food, she said.

“Archaeology is not just the study of the past. We want to make this information accessible and useful to the modern-day people, and particularly Native communities,” Tushingham said.

Tushingham wanted to understand what sort of diets, from a nutritional standpoint, would be healthiest for communities, not just for the strongest in a group, but also for families and the most vulnerable groups within communities.

Some nutritional studies attempt to pinpoint a perfect diet for people to follow to make them healthy, she said.

“There is no perfect diet,” Tushingham said. “What is really clear from the nutritional information is that you have to have complementary foods.”

Even though other researchers were focused on salmon, the Native communities had a long ancestral knowledge that involves many different foods.

“It became really evident when I was talking to Native people and learning more about the cultures that it wasn’t just about salmon,” Tushingham said. “Salmon was important, but it wasn’t the only thing, that people were also focused on plants and lots of other foods.”

Tushingham said she is interested in connecting traditional food to healthy communities today. Within the Native American community, there is a movement to strengthen connections with ancient food traditions.

“[This work] is important, because it gives us a greater appreciation for the numerous ingenious methods that Native people developed over thousands of years,” Tushingham said.