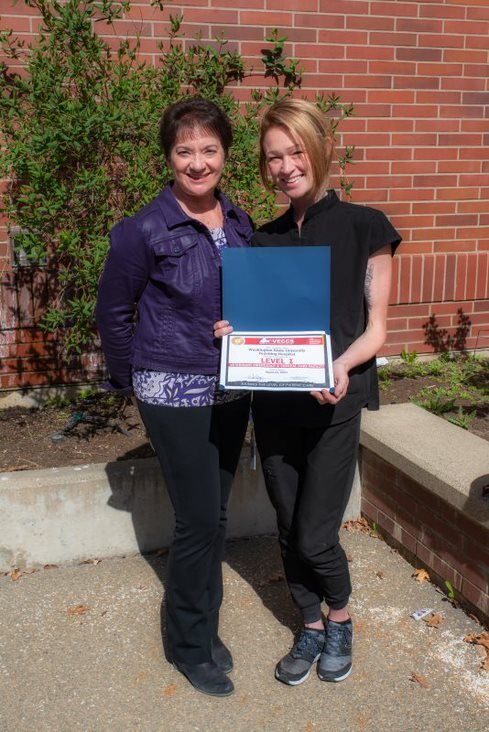 Being certified as a Level I facility means the hospital has the capabilities to practice the highest standard of veterinary medicine in an emergency and critical care setting.

VECCS is the largest organization that supports emergency and critical care veterinary medicine in the U.S., said Beth Davidow, WSU clinical professor in the hospital’s Emergency and Critical Care department.

There are three certification levels, with Level I being the highest level rating, Sarah Huston, Emergency and Critical Care licensed veterinary technician, wrote in a statement.

Being certified as a Level I facility means the hospital has the capabilities to practice the highest standard of veterinary medicine in an emergency and critical care setting, Huston said.

“More importantly, it tells the emergency and critical care team that they have a high standard of education across the entire team,” she said.

Huston led the certification process after the idea was brought up to her three years ago. She said proving the hospital was qualified to be Level I certified was a big project.

Huston said she took pictures, made videos, wrote protocols and collected information about the hospital’s team while applying.

To qualify as a Level I facility, hospitals must prove that all level requirements are met. This includes having surgeons and radiologists available for emergency cases and having board-certified veterinary emergency protocol care specialists running the facility, Davidow said.

WSU is the only veterinary teaching hospital in Washington state, she said.

Davidow said the hospital is important because it is the only emergency facility for pets within an hour and a half radius.

“The staff has access to a blood bank, radiologists, cardiologists and neurologists so that they can all work together to provide that really critically ill pet care at that time,” she said.

The hospital provides emergency care for animals 24 hours a day, seven days a week, 365 days a year, she said.