All scholars plan on earning doctorates; over 5,000 students applied for award 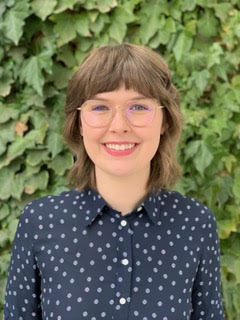 Over 5,000 students from 438 institutions across the country applied to be nominated, and 1,256 went on to be nominated for the award, according to the foundation’s website.

Selected students must study natural science, engineering or mathematics. Of those nominated, 409 students received the $7,500 award, according to the website.

India Dykes, junior bioengineering major, spent months working on the application, and was excited when she found out she won.

“I felt like it was really validating to have my research recognized since I’ve worked on it for the last two years,” she said.

Although her research focus is in chemical and biological engineering, Dykes works under a mechanical engineering professor. Dykes said she loves the multidisciplinary aspect of working in multiple engineering fields.

Dykes said her research focuses on tissue engineering and regenerative medicine. She plans on attending graduate school in Europe and earning her doctorate after completing undergraduate studies.

“The work that I’m doing right now is pretty early stages,” she said. “It’s a relatively new area of research, so we have not done human trials, but ultimately the goal is for human application.”

Gunnar Sly, junior chemical engineering major, was also selected as a Goldwater Scholar. Sly said he was initially shocked after hearing he won the award.

“It has kind of sunk in now,” he said. “I feel absolutely fantastic.”

Sly applied last year to be a Goldwater Scholar and did not receive an award. However, Sly said he learned a lot from his first experience applying.

“Looking back at my application, I’m almost embarrassed.” he said “ I didn’t understand the level of competition there was in this program, and I didn’t really understand the degree of research needed.”

He hopes the award helps him stand out when applying for doctoral programs. Right now, Pennsylvania State University is at the top of his list for graduate school. Sly said his goal is to become a professor one day.

Haley Morris, junior biochemistry major, said she knew biochemistry was the field for her after taking Advanced Placement biology in high school. She is planning on earning her doctorate in biochemistry.

Morris said she always knew she wanted to help people but was not sure how because she was too “squeamish” to be a doctor. Cancer research allows her to fulfill that dream.

“I realized that I could combine science and my desire to help people,” she said. “I think everybody has been negatively impacted by cancer in some way, or know someone who has, and so I think it’s just something that I feel like I can really make a difference.”

Morris said she was shocked after finding she was selected for the award and called her parents right away.

“I kept refreshing my email until 9 a.m. When the email came through, I was suddenly just like I’m too scared to open it, I don’t know what it says,” she said. “When I opened it, I think I probably let out an audible scream.”