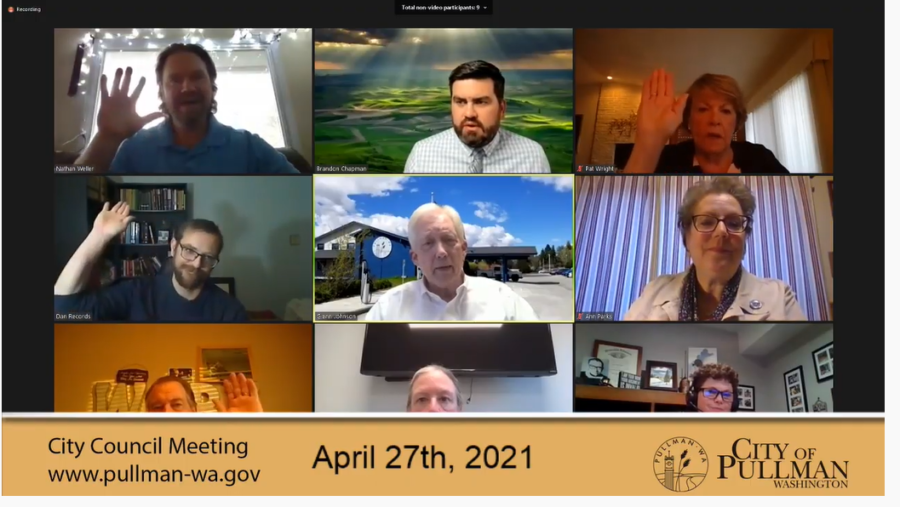 City of Pullman councilmembers voted 6-1 to reject the proposed annexation of a 48.3-acre lot during a meeting Tuesday night.

About 15 residents made public comments at the last council meeting in opposition to the proposal. The lot, requested by Frank Motley of Two-GM and Bob Perdue of Nelson Partners, is near SE Johnson Road just south of SR 270 and north of Old Moscow Road.

The council also requested the Pullman Planning Commission reevaluate pre-zoned areas surrounding Pullman. The commission will then hold a public hearing to inform a recommendation for an updated pre-zone map.

The land was zoned as an R3 residential area in 2013 by the city. Councilmember Dan Records said land buyers usually take into consideration the pre-zone designation before purchasing lots for future development and projects.

“There is a need for growth,” councilmember Brandon Chapman said. “But I think taking a pause and looking at pre-zones and making sure that we have an opportunity to view this within the context of a comprehensive plan is worth coming.”

City Planner RJ Lott addressed questions raised by council members before putting the request to a vote. The piece of land is zoned by Whitman County as agricultural with single-family homes permitted. The number of houses allowed is determined by Whitman County Public Health based on sewer disposal requirements.

For example, if the land is sloped or contains a rocky terrain, it would require a larger minimum lot size, he said.

The feedback at the last council meeting was overwhelmingly negative, councilmember Ann Parks said. Every resident she spoke to was opposed to land development that would eventually lead to large apartment complexes.

Records said when land is at the annexation level, it is not the correct time to discuss traffic considerations or environmental aspects. Those discussions come later when a landowner applies to develop a lot.

“In the time period between 2013 and now, conditions have changed,” Records said. “There has been the addition of pot shops in the area that has changed some of those conditions.”

The City of Pullman will receive a $483,000 new sewer Vactor truck after approval from the council.

Originally, the truck was planned to be replaced in 2022, but repairs to the current vehicle became costly, said Justin Cohee, Pullman interim maintenance supervisor.

“Instead of simply washing the debris down the line, we’re actually able to capture that debris before it even makes it to the treatment plant,” he said.

Cohee said he worked with city employees who regularly operate the machinery to see which model would best suit their needs.