Grad letter: ‘Mi communidad Latina embraced me wherever I went’ 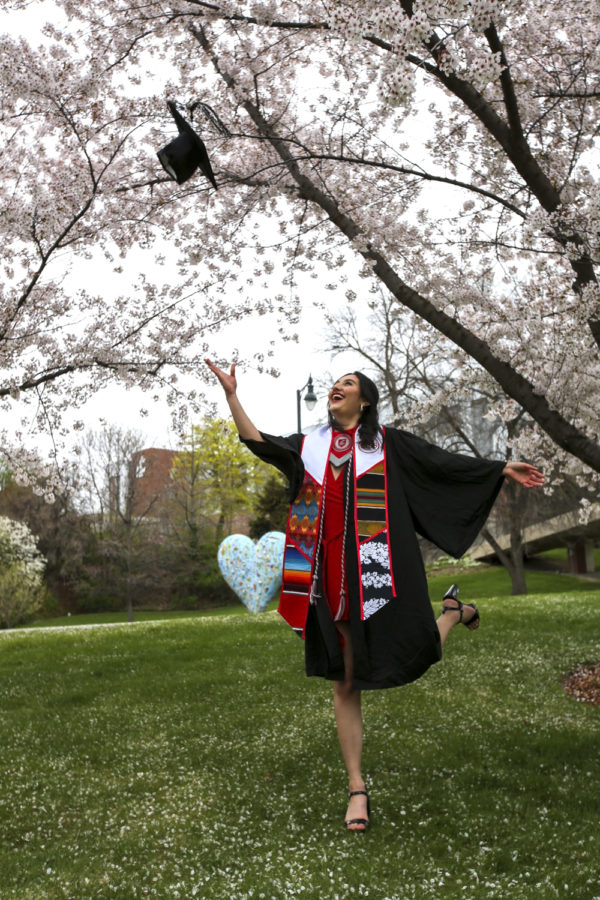 This is surely not the graduation any of us pictured. When I was a young girl, I imagined a grown-up version of myself walking carefully to the graduate stage to receive my diploma. My parents would be watching from the crowd, my mom wiping away tears with her calloused hands from years of work in the fields. For the first time in my life I would hear my father say “Estoy orgulloso de ti,” — the four words every child of immigrants yearns for. An assurance that all the sacrifices our parents made in coming to this country and all the beratement they fight through every single day was not in vain. But my fellow first-gen students, we made it, in-person graduation or not. ¡Sí se pudo! For many of us, our degrees are not only for our success, but also for the success of our families and our community.

Freshman year was the first time I was really on my own. I’d never left home before, and this worried my mom. She was always a worrier — and still is — a trait I inherited too. I watched them leave through the dirty window of my tiny dorm room on the fifth floor and was swallowed by a nostalgia that even today I find hard to place. I unpacked my things carefully and placed the plant my parents had given me atop the dust that covered my desk. The only reminder I had of home. I was terrified to be without my family, even if I had my best friend by my side. I was actually supposed to go to Portland, Oregon, but after paying my deposit and arranging all the paperwork, I changed my mind. I guess I chickened out if I’m being completely honest. I hate saying that, but it’s the truth. In the end though, I know I made the right choice. I’ve met many people at WSU that have changed me in some way. Some interactions were brief, just a moment we shared until we moved along our distinct paths in life, and others will be with me as I grow old.

Some people don’t believe that others can change, but I don’t hold that to be true. During these long four years, I’ve been able to grow into the person I’ve always wanted to be thanks to the experiences I’ve had and the people that have crossed my path. I’m no longer that girl that was scared to raise her hand or speak up because of fear that people would think she was dumb or didn’t belong there. I know I do, and I feel it. This change was gradual of course, and not without tears.

As the oldest of four and the first in my immediate and extended family to graduate from university, I was completely at a loss during my first years and even now when it comes to certain things. It was hard to hear my classmates make tone-deaf and racist comments and not feel the strength to set their ignorance straight at times. It can be draining to always be the one to educate those that can educate themselves because after all, they have every tool at their disposal. If there’s one thing I won’t miss, it’s the feeling of being an outsider in a predominantly white institution. But I’m not leaving with bitter memories. I’m immensely grateful to all who have offered advice, even if it was in passing, and those who’ve always been my ally.

I will always cherish the feeling of sitting in the Chicanx Latinx Student Center alongside other students, who come from the same place I do and can understand my struggles without either one of us saying a word. That sense of solidarity and love between complete strangers was enough. There is a calming effect to seeing brown faces in the same space I occupy. Hearing Spanish after days of its absence had a grounding effect, giving me chills that caused the small hairs on my arms and the nape of my neck to stand up in reverence to those familiar sounds.

I will always hold student leaders of Movimiento Estudiantil Chicano de Aztlán and similar organizations to the highest esteem because of their tireless work to make Black, Indigenous and students of color feel at home in a place that wasn’t made with us in mind. We’ve had to fight for every opportunity we’ve gotten. Always remember that. And although there are some things I wished I would have done differently, I’m grateful for my experiences and my mistakes, because they were mine to make.