Cougars fall to No. 21 Zags 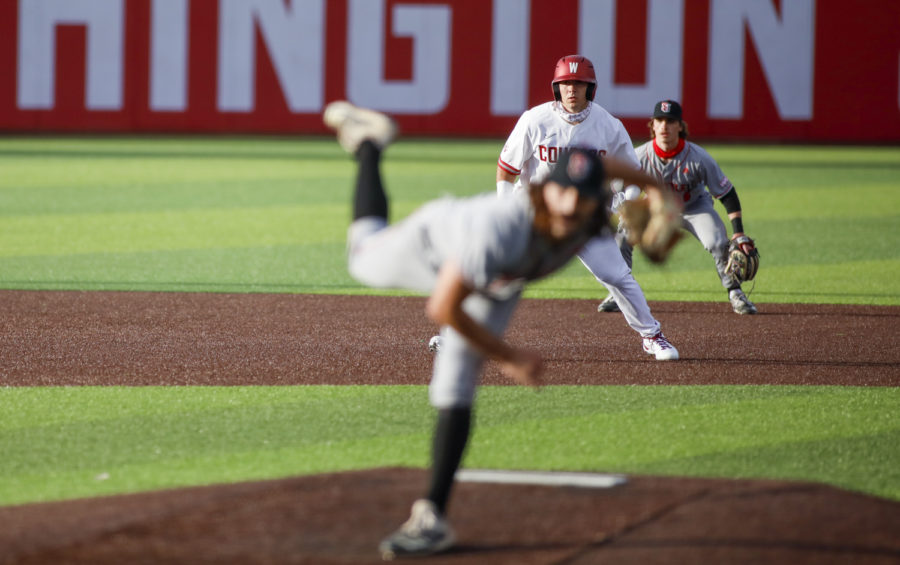 The Cougars (19-16, 7-11) now look to get ready for their upcoming matchup against No. 8 Oregon this coming weekend after losing on Tuesday.

The Bulldogs (27-13, 14-4) have their first ranked appearance in the top 25 in years. They look to continue the momentum as they host San Diego in a three-game series starting Friday.

Gonzaga got on the board first, scoring four runs from an RBI single that brought in junior infielder Ernie Yake, a sacrifice flyout that scored senior outfielder Guthrie Morrison and a two-run double from sophomore infielder Mason Marenco that scored junior infielder Brett Harris and junior catcher Tyler Rando.

The Zags extended the lead in the bottom of the sixth with another sacrifice fly that brought in Marenco. The Cougars found themselves down 5-2. They then furthered the lead with a two-run double from Harris to give the Bulldogs a 7-2 lead.

WSU got another RBI single in the top of the seventh inning from Manzardo that brought in Meyer, and the Cougars cut their lead down to 7-3.

The Cougars rallied in the ninth inning when Manzardo brought in his third and fourth RBIs of the game from a double that brought in junior infielder Kodie Kolden and freshman outfielder Keith Jones II.

WSU brought the tying run to the plate in the ninth, but the Zags secured the 7-5 win.

Freshman right-handed pitcher Tyler Hoeft got the start for WSU on Tuesday, and his outing on the mound was shorter than expected. Hoeft pitched 1.2 innings and allowed four runs on five hits while giving up a walk.

The bullpen for the Cougars worked the rest of the game with junior right-handed pitcher Connor Barison pitching 2.1 innings, only allowing one hit and striking out two batters. WSU used eight pitchers in total, seven were from the bullpen, to relieve and try to close the gap in the game.

The Cougars now return to Bailey-Brayton for their eight-game homestand against the Oregon Ducks in a three-game series starting Friday and ending Sunday.

First pitch from Bailey-Brayton is set for 6:05 p.m. Friday and lineups and starting pitchers will be announced one hour before game start.