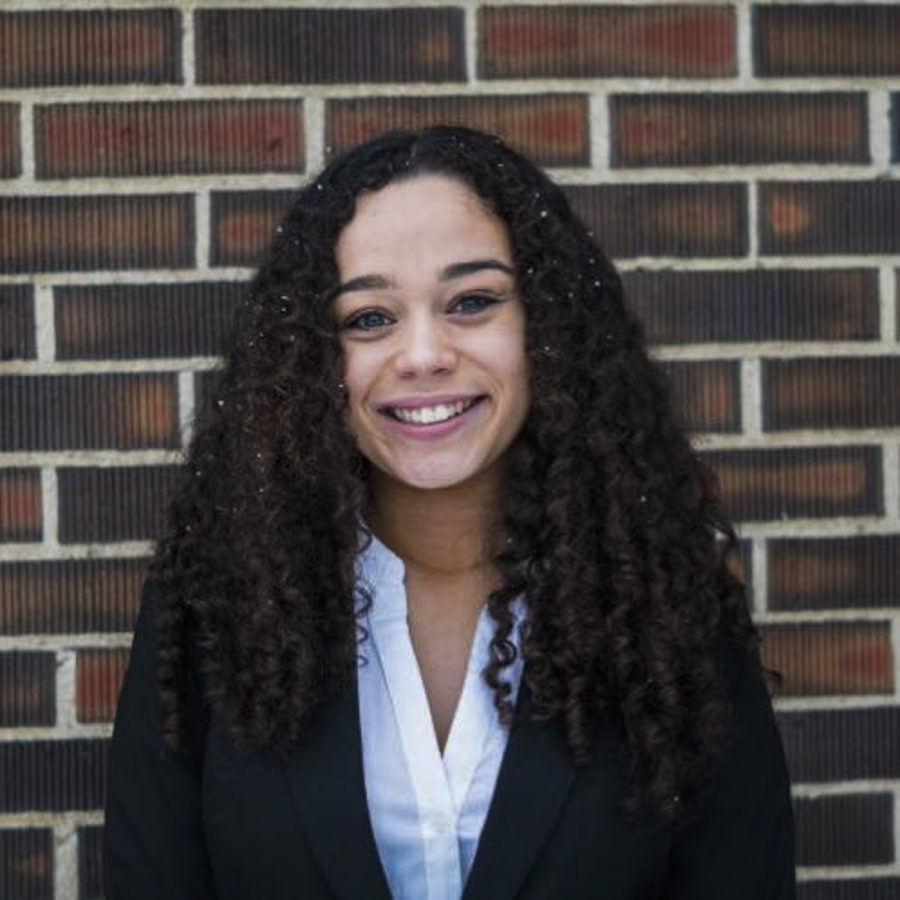 Through her role as ASWSU chief of staff and finance, Jhordin Prescott manages staff members, collects reports, supports the ASWSU president and vice president, and weighs in on financial decisions the university wants to make.

Jhordin Prescott is a family-oriented woman raised by people who uplifted and motivated her to succeed in all she does. With this same driven spirit, she has worked to lift her Coug community to unknown potentials, just as her family did for her.

“I love WSU! I wanted to better it. There’s always different ways you can better things,” said Prescott, senior political science and philosophy double major. “I also wanted to make sure to be a leader in that way and advocate for students because I grew up in that way.”

Prescott grew up in Auburn, Washington, where she attended Auburn Riverside High School. She said she wanted to be involved and played several sports, as well as being Associated Student Body secretary her sophomore through senior year.

Prescott said she knew from the start she wanted to attend WSU. It was the only school she applied for.

“I wanted to be in state close enough to where I can drive home, but far enough where my mom has to call me if she wanted to visit me,” she said.

Prescott has dreams of becoming a lawyer, and she said she knew WSU would set her on the right path.

Prescott said she wanted to be completely immersed in the university and wanted to give back to the Cougar community. This prompted her to run for ASWSU vice president in 2019. Prescott got the position and went to work from there.

“I think my proudest moment within ASWSU in its entirety was completing the Cougar Health Fund last year. It was a continuous project for three years and there was a lot of confusion surrounding it,” she said. “I really wanted to make sure we completed and could start that, and start accruing interest for students in the years to come.”

The Cougar Health Fund is a fund targeting and supporting projects that involve mental health services and resources for WSU students, she said.

Prescott said mental health is an important subject to her that she thinks should be talked about more. She spent a lot of time finalizing where the money for this fund was coming from and what mental health resources it would be distributed to.

After her term ended in 2020, Prescott still wanted to be involved in ASWSU and applied for the chief of staff and finance role. She was elected into the position, which began in fall 2020.

Prescott said she manages staff members, collects reports, supports the ASWSU president and vice president, and weighs in on financial decisions the university wants to make.

The list of Prescott’s involvement does not stop there. She is a member of Kappa Alpha Theta and is a peer mentor for Multicultural Student Services. Prescott is also a committee member of the Compton Union Building, University Recreation, Services and Activities Fees and the dining and housing committee.

“She’s definitely involved in a lot of different things,” said ASWSU President Curtis Cohen. “I think it really just comes down to her being a very hard worker and just spending a lot of time on those activities and spending quality time with them.”

Cohen said he remembers the previous ASWSU president telling him that Prescott would stay up very late working on ASWSU tasks and schoolwork, even during the weekends.

“Her work ethic is very driven,” he said. “She’s a passionate and outgoing person.”

After graduation, Prescott said she plans to work as a legal receptionist and document clerk for Pfau Cochran Vertetis Amala Law in Seattle.

Graduate school is Prescott’s end goal, but she said she wants to take some time and experience her career in Seattle first.