Grad letter: ‘I would be lying if I said leaving here wasn’t going to hurt’

Evergreen photo editor served in position for multiple semesters; he remembers working hard, having fun during late nights in newsroom; he will be back one day 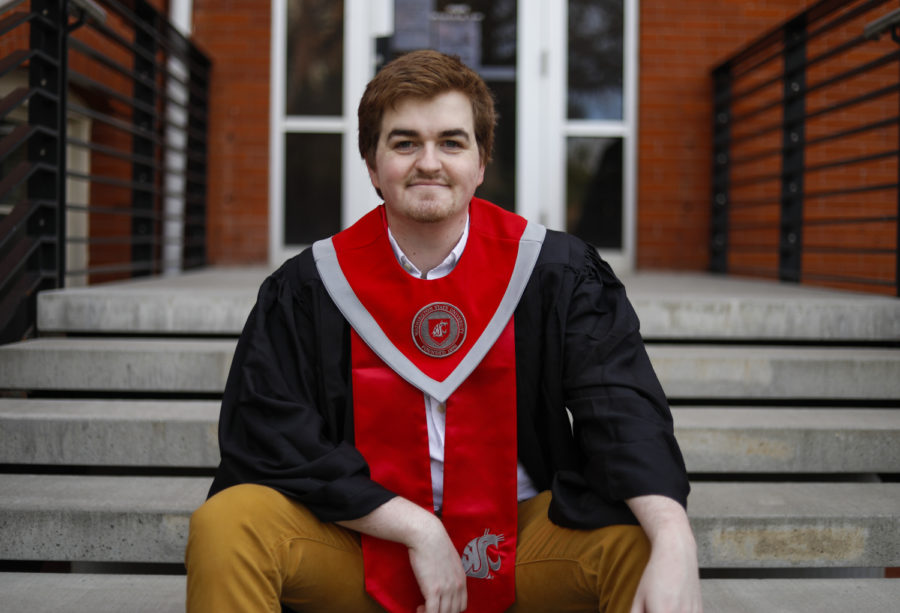 I’ll admit it: I have tried writing and rewriting this letter many times this semester, but I always feel like what I write doesn’t do justice to my experience here at the Evergreen. I’ve been on staff here for my entire college career, a whole eight semesters and a summer. I’ve poured my entire heart and soul into this job over the last four years and I would be lying if I said leaving here wasn’t going to hurt.

I came into the newsroom for the first time as this shy freshman, not speaking if I didn’t have to and leaving when my job was done. Eventually, though, the people in the newsroom wore me down. I began to open up and become essentially a new person; my entire life I had always been a shy, quiet person. Now, if you were to ask any of the people I work with, they’d say I’m the exact opposite.

In my second semester I was thrust into an editorial position after one of the photo editors had to resign. To say I had dove headfirst into the job would be a huge understatement. I started as a photo editor toward the end of February 2018 and apparently something clicked because I decided I wanted to be a photo editor again — more than once. It was a leap of faith and I’m so glad I decided to stick with it.

The newsroom slowly became my second home here in Pullman, and it definitely became the place I spent the most time outside of my dorm room or apartment. There were days where I spent close to an entire day there, most of it not even working. It quickly became a place I could go to in between classes or to just hang out with other people from the Evergreen.

Thinking back, the vast majority of my favorite memories of college are Evergreen-related; everything from getting to photograph some of the coolest events on campus to driving over to Moscow, Idaho after production to get Buffalo Wild Wings. It was hard to not have a good time in the newsroom.

A lot has changed since I first stepped foot in the newsroom. It’s hard to think the quiet kid that barely knew a thing about cameras (I still used auto ISO and didn’t know what f-stops did — it was bad) has now been a photo editor for the majority of the last four years. Funny how things work.

I cannot overstate my gratitude for everyone involved with The Daily Evergreen for giving me a place to grow as both a person and a professional. It’s been an experience of a lifetime getting to work with you all and produce some amazing content.

To everyone I’ve worked with: thank you. You all made me feel welcome and gave me one of the best college experiences I could have asked for and I’m so excited to see what you all do in the future. You made this place home and I will find my way back some day.