Grad letter: ‘I’m proud to be graduating an Evergreener’ 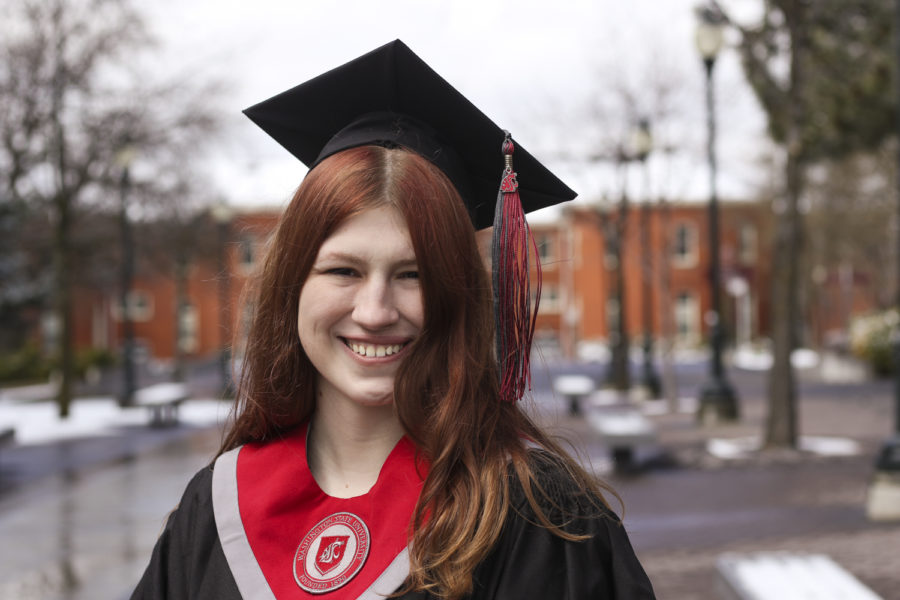 Spring semester of my freshman year was rough.

I was living in a dorm with a roommate I didn’t get along with, going to classes I didn’t like and spending all of my free time watching TV I didn’t care about. I was depressed, anxious and lonely. In the fall, I had been in the Cougar Marching Band, which had occupied most of my time.

Of course, spring meant no football, which meant no marching band. I had more time than I knew what to do with and I absolutely hated it. Plus, all of the friends I had made were from marching band, so now I never saw any of them.

At the same time, I was in my second semester in the Edward R. Murrow College of Communication, trying to finish up the requirements so that I could certify into my journalism major. I was having a crisis because I had never even done any journalism, and I had no idea if I would like it.

It was the middle of March, already halfway through the semester, and I had promised myself I was going to get out of my shell, even though it felt futile in the face of my anxiety. As fate would have it, as I was making this promise to myself, I passed a sign that loudly proclaimed “DAILY EVERGREEN OPEN HOUSE.”

It also didn’t stop the anxiety when I turned that application in, got called in for an interview and then was offered a job as a columnist, or after that when I applied for copy editor and then another editor position and another and another after that.

What did stop, though, was the loneliness and the fear that I wouldn’t like journalism. I found that I actually did really like journalism, and I found many friends who I don’t think I could’ve survived 2020 without.

I’m still anxious. Graduating, finding a job, a place to live — it’s all stressful. But I know now that it’s nothing I can’t handle. Sometimes things are stressful and they make me anxious, and they end up being one of the best decisions I ever made.

I’m going to miss The Evergreen and everyone here, but I couldn’t be more grateful to have had this experience. I’m proud to be graduating an Evergreener.