The ties between mental health and running 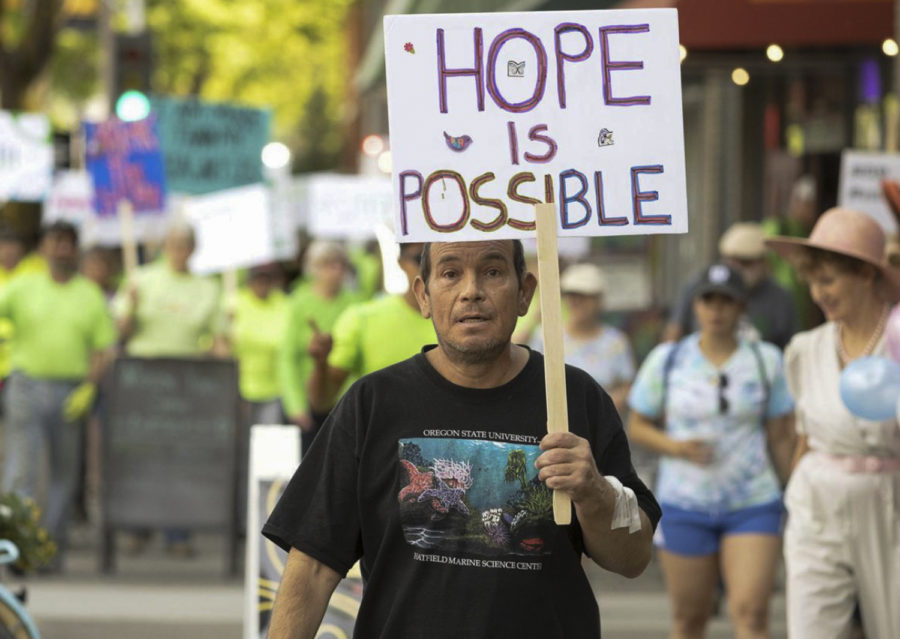 Last April, Vicki Leaper’s husband Mark was struggling with his mental health so she set a goal to spend one day of the weekend doing an outdoor activity, regardless of the weather.

The DAC is a center that provides resources to people with any sort of disability, Vicki said. Most people on the board of the DAC have disabilities, so they offer peer-to-peer help.

From May 1 through May 8, the DAC is hosting its second annual 5k for mental health.

The 5k is virtual this year, so participants can complete the 3.2 mile race at a course of their choice at any point of the week, Vicki said.

Participants can run, walk, bike or skateboard the 5k wherever they want then turn in their time and post a picture on social media to be entered to win prizes, she said.

The goal of the 5k is to raise awareness for mental health, she said.

“We call it a 5k for mental health because we don’t like the term mental illness. There’s a lot of stigma that comes with it,” she said “But 52 percent of Americans right now are dealing with a mental health issue because of the pandemic, so we’re trying to remove the stigma.”

The DAC is partnering with other organizations that offer mental health resources to organize this event, like the Latah Alliance on Mental Illness, Latah Recovery Center and Optum.

They did not decide to do a 5k just because of the fitness aspect, board member Sharlisa Davis said.

They decided to do a 5k for the fitness aspect and for the opportunity to gather in small groups to socialize, she said.

It was also about gathering with small groups, socializing and spending time outside, she said.

“For someone like me with a mental illness, I need the sunshine, I need the fresh air, I need to smell the flowers to boost my mood,” Davis said.

Davis spends a lot of her time advocating for mental health, she said. She is also on the board at the Latah Alliance on Mental Illness.

Davis said that people have signed up from the Moscow area, Clarkston, and Potlatch. Her family in California and Chicago are also participating.

Registration is still open on the DAC’s website. When registered, participants get a neon T-shirt and shoelaces to wear during the 5k.