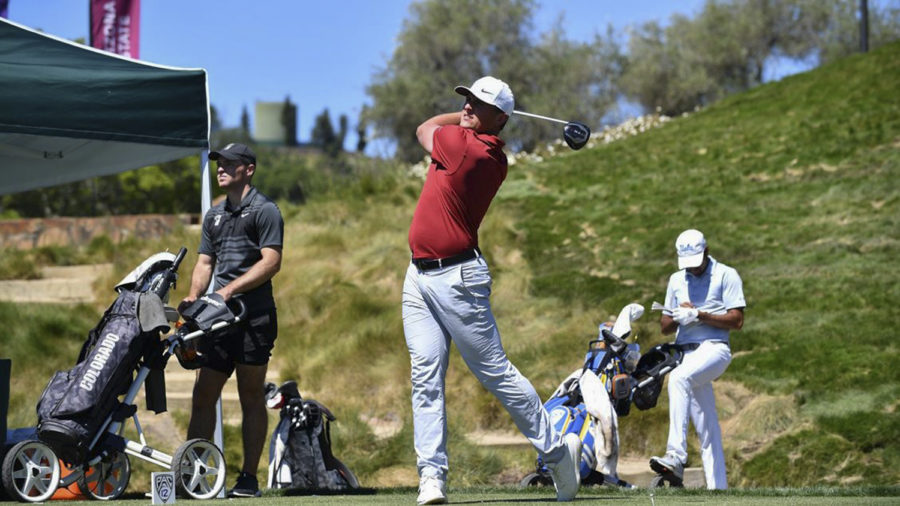 The men's golf team played its last round of the season on Wednesday at the Pac-12 championship.

The WSU men’s golf team was able to earn an 11th place finish this week at the Pac-12 tournament in Santa Rosa, California.

The Cougars brought six men to participate in the tournament that was held at the Mayacama Golf Club.

The first round for the Cougars started off strong as they ended in a three-way tie for ninth place on the team leaderboard with UCLA and Utah. The Cougars shot 14-over par (374) as a team in round one.

Fifth-year Nicklaus Chiam led the way for the Cougars on Monday as he carded one-under par (71) on the par-72 golf course.

Chiam sat in 15th place on the individual scoreboard for the Cougars. He was also able to collect several birdies in the first round, while he added four more birdies in the second round.

Eric Hagen, graduate student from Olympia, Washington, finished the second round by carding two-under par with a 70. He went into the third round in a tie for 36th overall after he collected a team-best five birdies and an eagle on the fourth hole in the second round.

Redshirt junior Max Sekulic, sophomore Yuya Eguchi and freshman Jaden Cantafio were all able to finish within three strokes of one another after the two rounds on Monday.

The third day of competition proved to be a momentous day for Chiam as he sat in the top ten on the player leaderboard after the three rounds of competition in the Pac-12 Tournament.

His third round saw him card four-under (68), which is his season best. He went to the final round at six-under par (210), which put him in a tie for ninth. As a team, the Cougars carded one-over par (361) through three rounds of play in the tournament.

Hagen and freshman Preston Bebich each shot one-under par at 71. Hagen’s eagle on the 18th hole was a huge momentum swing for the team, as Bebich matched Chiam and Sekulic with a team-high three birdies in the third round. Hagen headed in the fourth round in a tie for 32nd on the player leaderboard at one-over par (217).

The fourth and final round on Wednesday saw Chiam have his worst round yet. The Singapore-native shot a 76 to move him up to two-under-par overall and tie for 25th on the individual leaderboard. Sekulic posted the best score of the round with a 72.

The Cougars finished the tournament with a total score of 1,465, which ended up only being better than the UCLA Bruins.

The Arizona Wildcats were able to claim victory after four rounds to take the title away from the Stanford Cardinal. Arizona’s Brad Reeves took home the individual title after he was 16-under-par throughout the tournament.

This also marks the end of the season for WSU’s men’s golf team, as they will look to prepare for next years Pac-12 Championship.