Mental health pass for students in the works 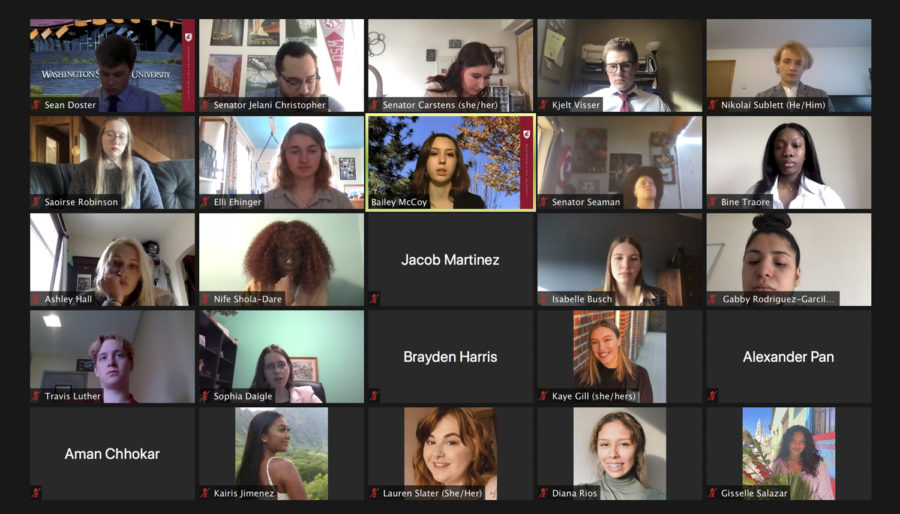 ASWSU Senators unanimously passed a resolution during a meeting Wednesday calling for the creation of a standardized pass issued by WSU Counseling and Psychological Services to prevent academic penalizations for mental health appointments.

ASWSU Senator Oluwanifemi “Nife” Shola-Dare authored the bill and said her goal is to make it easier for students to schedule mental health appointments. The pass would rid students of their worry that they might fall behind in school if they seek mental health help during class.

Hopefully, the resolution increases mental health help-seeking behavior among students by normalizing the idea of going to an appointment or attending therapy, she said.

Shola-Dare said she wrote the bill after experiencing mental health issues of her own. In August 2019, she tried to schedule a mental health appointment but could not find enough time.

“I was not successful at making an appointment with someone,” she said. “This might be extreme, but if I was in crisis at any point, I feel like my story could have been different.”

This past year, Shola-Dare experienced anxiety and several low points. Shola-Dare said she is concerned other students who are also struggling with mental health issues might feel discouraged from pursuing help because they are fearful of the academic repercussions.

While CAPS is doing a lot of work to reduce wait times, Shola-Dare said she believes the university lacks some efforts to help student mental health.

She said organizing efforts to increase student mental health resources should be collaborative. It is important for faculty members to realize academics affect one’s mental health.

“I’m not expecting faculty members to treat depression or treat post-traumatic stress disorder,” she said. “I just want to know that my instructors recognize that students can have mental health problems that can be brought down by academic workload.”

If instructors fail to understand the correlation between academics and mental health, Shola-Dare said more students will continue to suffer.

A 2018 survey conducted by Cougar Health Promotion reported 88 percent of WSU undergraduate students felt overwhelmed by their workload and 62 percent felt overwhelming anxiety, according to the bill.

Shola-Dare said she will leave it up to CAPS to decide how the passes are given to professors. While her original idea involved paper, a digital pass may be needed because the COVID-19 pandemic demonstrated students may not always be in person.

Future ASWSU elections will be conducted using ranked-choice voting. ASWSU Senators passed the bill with a unanimous vote, and ballots will include numbering options so voters can rank candidates by preference. ASWSU Senator Jelani Christopher authored the bill and said the change ensures candidates with the majority vote win.

ASWSU Senators also unanimously passed a bill requiring senators to begin their meetings with a land acknowledgment of the Nez Perce Tribe and Palus people.