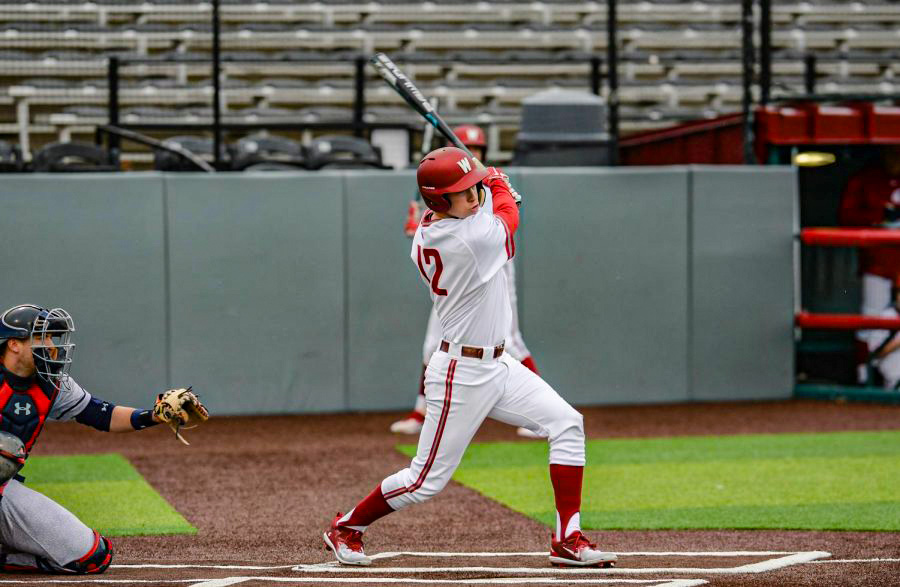 Senior infielder jack Smith has 43 hits this year to go with his .336 batting average.

WSU baseball returns to Bailey-Brayton Field to start off an eight-game homestand against the No. 8 Oregon Ducks in a three-game series starting Friday and ending Sunday.

The Ducks (26-9, 10-5) are sitting near the top of the Pac-12 standings, as they head toward the end of the regular season and a potential trip to Omaha, Nebraska for the College World Series.

WSU won the last game played between the two clubs, scratching out an 8-7 win in extra innings back during Mom’s Weekend of 2019, on April 14, 2019. The last time the Cougars won a series against this team dates back to the weekend of May 6-7 of 2017, when WSU took two out of three games.

The bullpen for WSU has been inconsistent all season with blown games in late innings, allowing the opposing team to come back and take the Cougars out of the game.

Despite this, the rotation seems to be starting to hold its own and really hone in on what the problems are. After a low-scoring series against Cal, the bullpen saved the game after they relieved freshman right-handed pitcher Tyler Hoeft after he went 1.2 innings.

Green said the Sunday starter position is coming down to five to six guys who are putting in good production in the bullpen, including junior right-handed pitcher Dakota Hawkins.

“And at the end of the day, we’re getting about – real good production from about five to six guys,” Green said. “So ‘Hawk’ is just a swing guy.”

In terms of offense, the team had a low-scoring affair this past weekend down in Berkeley, California, but made solid contact with a lot of balls that just did not go their way out in the field.

Green said in particular, senior outfielder Collin Montez lined out five to six times this past weekend against Cal, but Green still had high spirits for the outfielder.

“He had the loudest one for 11 at Cal,” Green said. “He’s still having quality at-bats.”

All three games can be seen on the WSU Live Stream, and lineups and starting pitchers will be announced one hour before each game start.