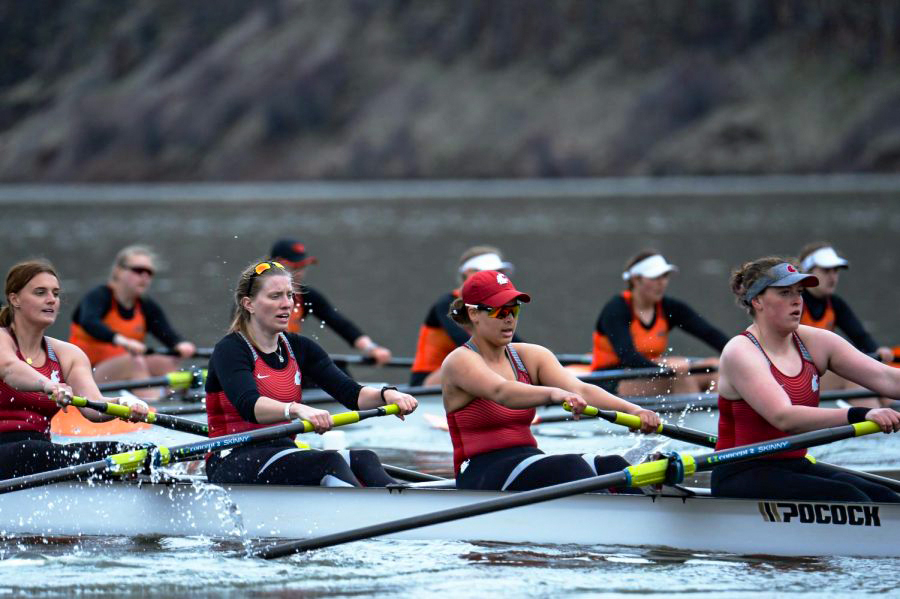 The WSU women’s rowing team is gearing up to defend their home waters at Wawawai Landing when the team hosts the Oregon State Beavers on Saturday.

WSU is currently ranked No. 18 in the country, and after a strong showing in Bethel, Ohio at the Big Ten Invitational from April 17-18, the team is feeling confident about facing the No. 20 Beavers.

“They seem to be improving their consistency,” head coach Jane LaRiviere said about her team.

WSU defeated the Beavers earlier in the year in the team’s second regatta of the season. The event took place on March 20, and the Cougs won two of the three races.

That regatta win was the first of the year for WSU, as they bested the Beavers in both the First Varsity Eight and Varsity Four races.

Oregon State did defeat WSU in the Second Varsity Eight race, as the Cougars finished just five seconds shy of the Beavers in that one.

WSU started the season ranked 19th in the nation and have improved their spot in the rankings to the No. 18 slot after several wins against higher-ranked opponents in their last event.

After the meet against Oregon State, WSU will be participating in the Pac-12 Championships on May 16 at the Sacramento State Aquatic Center.

Following that event, the Cougars will travel to Sarasota, Florida to take part in the 2021 NCAA Rowing Championships on May 28.

WSU has had a very solid season thus far, and they look to keep improving with the last home regatta of the season.