Track team splits up between Spokane and Fresno 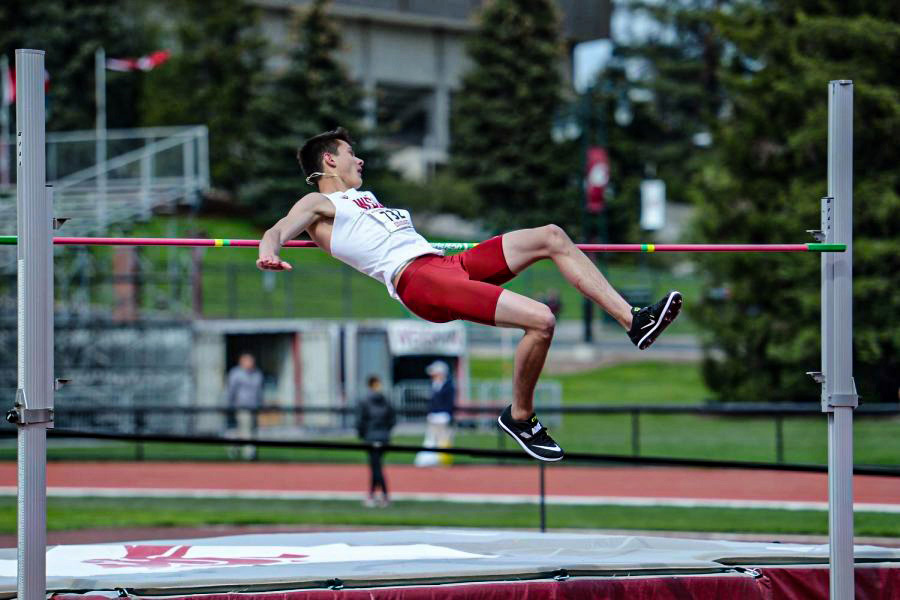 Senior Mitch Jacobson placed second in the high jump last week at the Oregon Relays with a height of 2.09 meters.

The WSU track and field team will be split into two groups once again, with many athletes going to Spokane to participate in the Buc Scoring hosted by Whitworth University, and the others boarding a plane to take part in the West Coast Relays hosted by Fresno State.

WSU has already had a handful of amazing performances at Whitworth’s Boppel Track this year, including multiple first-place finishes and personal records.

Freshman thrower Carolina Ulloa-Daza set a freshman record for farthest hammer throw at Spokane earlier in the season which broke the ice for a successful season at Whitworth.

Last weekend, the track and field team were in Eugene, Oregon, home of the Oregon Ducks, for the Oregon Relays. The Cougars performed extremely well, including All-American senior hurdler Stephanie Cho setting a meet record.

Cho ran the 400-meter hurdles in a blazing time of 59.75 seconds, which earned her a first-place finish. Fellow All-American junior hurdler Charisma Taylor claimed first place in the 100 hurdles with a time of 13.72.

Freshman Neema Kimtai set a personal record in the women’s 1500m race with a time of 4:25.41 and won the event by just over a second.

The jumpers continued to have a good season last week at Oregon, as sophomore Suzy Pace claimed first place in the high jump at 1.77 meters. Freshman Kaylee Sowle and sophomore Aislinn Overby claimed second and third place in the event, respectively.

The men’s team had a solid showing at Oregon as well, starting with senior Sam Brixey winning the men’s 110 hurdles with a time of 14.33.

Junior thrower John Kolb claimed first in the discus with a mark of 56.16 meters, while fellow Cougar, freshman Joey Jensen, claimed fourth place with a throw of 48.95 meters.

The team that went to Oregon last week will likely be similar to the squad heading to Fresno State, as they will look to have a solid day of competition and carry the momentum that they claimed at Oregon.

Don’t forget to catch both these squads in action when one team heads to the Buc Scoring Invitational at Whitworth University’s Boppel Track, which will begin at 2 p.m. Friday. The live results of the event can be found at Athletic Timing and the event times can be found through the initial schedule.

The West Coast Relays in Fresno, California at Veterans Memorial Stadium will begin at 7:30 a.m. Friday. The live results can be seen on the RT Track Scoreboard and the event times can be found on the schedule.