Although this week is a slow one with finals approaching, WSU athletics is headlined by baseball, track, rowing 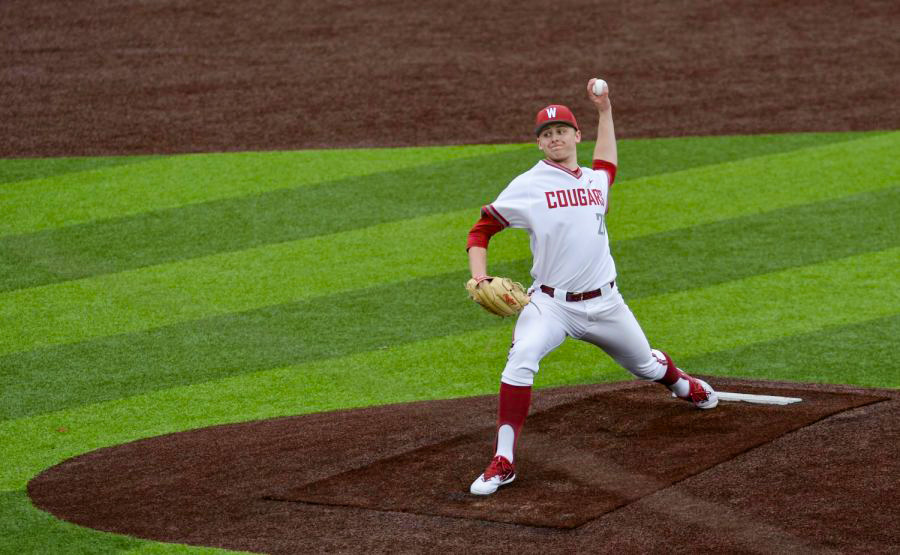 The WSU baseball team will have a three-game series against Oregon followed by a single game against Seattle U.

Get ready to head into finals week with WSU sports as the Cougars look to wind down the 2020-21 sports seasons with the beginning of their final month of activities.

6:05 p.m. —  The Cougar baseball team gets back in action after their weekend series win against the Cal Golden Bears. This time, the Cougars get back into Bailey-Brayton Field to host the No. 8 Oregon Ducks. The Cougars have been successful in this series historically, holding a 154-131-1 record against the Ducks, including a record of 86-59 in Pullman. The game will be livestreamed by WSU.

All-day — The WSU rowing team gets back in the water with their second dual meet of the season against Oregon State. This time, the Cougars get to play host to the Beavers, as the event will take place on the Snake River at Wawawai Landing. The last time the two teams met was in March, when the Cougars picked up their first victory of the season.

2:05 p.m. —  The baseball team hosts No. 8 Oregon in game two of their weekend series. WSU will livestream the game.

1:05 p.m. — Baseball wraps up their weekend series against the No. 8 Oregon Ducks. Game three will be livestreamed by the Cougars.

4:30 p.m. — CJ Elleby and the Portland Trail Blazers head to Boston to face the Celtics. The game will be live on NBC Sports Northwest and NBA League Pass.

Also at 4:30, Morgan Weaver and the undefeated Portland Thorns face the Houston Dash in their final group stage match of the NWSL Challenge Cup. Portland has already clinched a spot in the Challenge Cup Final and will be looking to keep the momentum rolling. The match can be viewed live on Paramount+.

4 p.m. — Robert Franks and the Orlando Magic go to Detroit to face the Pistons. The game will be live on NBA League Pass.

5 p.m. — Ella Dederick and OL Reign face Kansas City in the final match of the group stage of the NWSL Challenge Cup. Both teams have already been eliminated from contention in the final and will just be looking for momentum heading into the regular season. The match will be live on Paramount+.

7 p.m. — Aron Baynes and the Toronto Raptors head to Tinseltown to face the Los Angeles Clippers. The game will be televised nationally on TNT.

All-day — Track and field return to action in Spokane, as the Cougars travel to the Whitworth Twilight hosted by Whitworth University.

6:05 p.m. — The Cougars baseball team faces the Seattle Redhawks in a single, mid-week game. WSU hosted Seattle earlier in the year to open up their home schedule. In that series, the Cougars claimed two of three games. The game will be live-streamed by WSU.

Nothing is happening on Thursday. Just relax and get ready for next week.