The Daily Evergreen • May 21, 2021 • https://dailyevergreen.com/107633/opinion/americans-should-remember-their-geography-lessons/

Americans should remember their geography lessons

It is frustrating to live in a state that is confused with another, or defined by only one of its cities 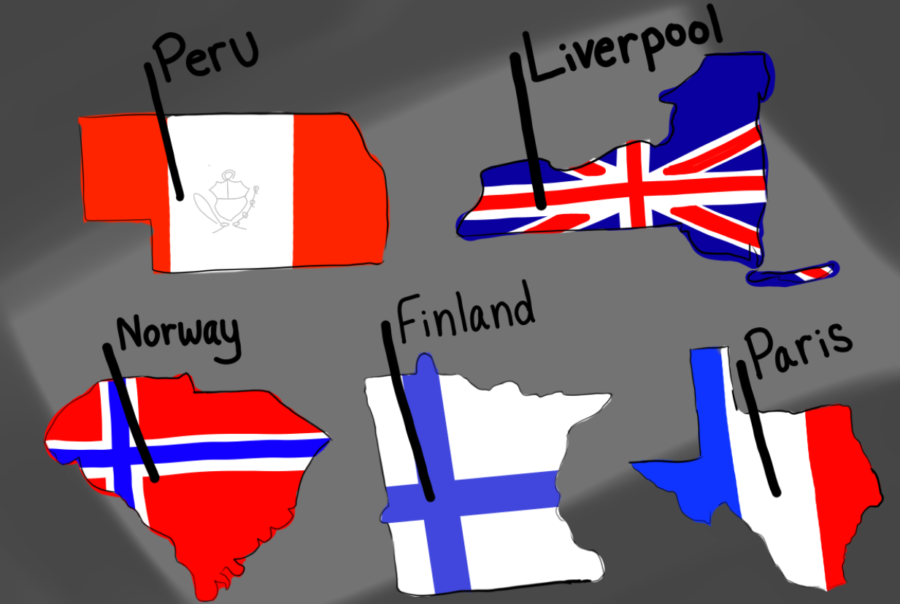 It is a common occurrence for many Americans to confuse states with each other, even when they are on opposite sides of the country. This happens with American cities with the same names as foreign cities or countries as well.

All of my life, I have dealt with one minor yet annoying occurrence when I am asked about where I am from or where I live.

“Where are you from?” asks the random person from outside of New York.

“Liverpool,” I say, because that is the name of the town.

“Like England?” they ask, despite my glaring lack of an English accent.

I quickly learned to skip the town and go for the state when speaking to someone outside of New York — after all, they have no need to know the specific town and telling someone from New York that I am from New York helps … not at all.

Given that Liverpool, New York is not a well-known place and has very little of note to offer for tourism purposes, I really cannot blame anyone for not knowing where it is and asking about England. Perhaps saying Liverpool, New York would have been better, but at the time, I did not think to do that.

Outside of New York, the conversation changed but followed the same pattern.

“Where are you from?” asks the random person.

“New York,” I say, because that was my home state.

“Oh, New York City?” they assume, because it is the only city people seem to pay attention to in New York.

It frustrated me to no end, living in New York and hating cities the way I do. But it is understandable, for New York City is the most well-known city I can think of in New York. I have said before and will say it again — Albany may be the capital of the state, but nobody cares about Albany.

Nonetheless, I considered it progress. At least we had gone from not the same country to a city within the state I was mentioning. Then I moved to Washington and regressed. The conversation shifted.

“Where are you from?” asks the random person.

“Washington,” my friends say, for this has always been their home.

“D.C.?” they now ask with excitement, because it is the only city people seem to pay attention to.

The same happens if I simply reply that I live in Washington. I should start adding “state” at the end by default. I bet that would help. Sure, Washington D.C. is popular, but why people skip over the entirety of a state to pinpoint a specific area or city is beyond me.

I mean, sure, it is not the fault of people asking these questions that my lame-o city is not notable or that New York City and Washington D.C. are super popular, but I want Washington state to get more notice. Seattle is not the only cool thing we have, everybody!

Washington has awesome mountains, some cool waterfalls like at Palouse Falls, the awesome lake in Chelan, the Ape Caves and a bunch of different cities and towns that have something to offer.

New York is the same, with the Catskills and the Adirondacks. Niagara Falls, too! We have a bunch of stuff. As for Pullman in particular, there are some nice trails around here.

I know we cannot expect everyone to know where every city is, but I do wish states that share a name with or contain a very popular location would get recognized as a state, not for just that one place.

Maybe the next social media wave will be reclaiming Washington to mean Washington state first and D.C. second, and New York to stop being viewed as just the city. At least no one I know ever thought that Tallahassee was in Tennessee. Oh wait. Someone did.