The Daily Evergreen • May 17, 2021 • https://dailyevergreen.com/107637/opinion/opinion-perceived-popularity-of-a-university-is-affected-by-location/

For students applying to colleges, proximity to home or ideal university experience are biggest factors in determining which schools they pay attention to 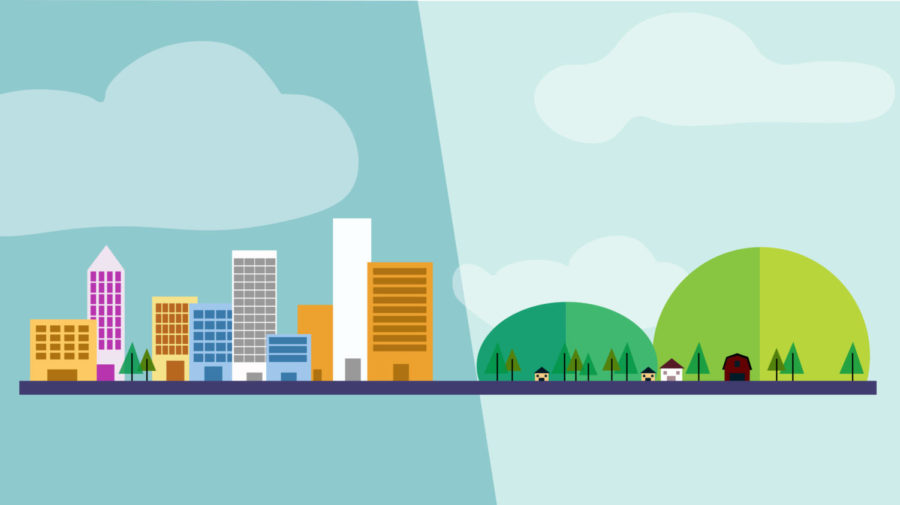 When applying for college, the location of campus is often a major factor. Some prefer experiencing college in a small town rather than a city, and this preference can affect which colleges we pay attention to.

Driving about an hour and a half out of Pullman, I remember there being a large “GO COUGS!” painted on the side of a building in a field. When I return to Chelan to visit my father, I can see flags with the WSU logo flying outside houses four hours away from Pullman.

It reminds me of State University of New York campuses. For example, SUNY Oswego is in Oswego, New York. SUNY Cortland is in Cortland, New York, SUNY Geneseo is in Geneseo, New York, etc. These are just some of the sixty-four institutions associated with SUNY.

To me, WSU seems comparable. You have multiple WSU campuses — I assumed it to be well known — and the University of Washington versus WSU rivalry reminds me of Syracuse University versus Duke University.

Bremerton resident Adora Dunlap was born and raised in Washington state but said she knows very little about Washington State University. Dunlap said she knows WSU has a decent band program because she has a few friends that go to WSU Vancouver and Tri-Cities.

She also knew our mascot is a cougar. Dunlap said she has heard nothing about WSU being a particularly good school, nor has she heard anything about it being a party school.

“I know that the friends I have that go there seem to really like it, but that’s the extent of it,” Dunlap said.

When thinking about what she might like from a campus, Dunlap said she pictures a lot of outside space for studying and socializing. Dunlap said she expects at least two computer labs for resource purposes and a safe environment for students.

Dunlap did not know much about Pullman either, seeing as it is on the opposite side of the state. Dunlap said she prefers the west side of Washington, but she has family in Sunnyside and enjoys visiting. She just would not want to live there permanently.

When looking at a photo of the campus at night, Dunlap said she thinks it looks very clean, organized and well-lit.

Because she lives in Bremerton, Dunlap said she hears more about UW and was only slightly aware of our friendly rivalry. She said she has been to their campus before and thought it was beautiful.

She said because she has lived across from Seattle her whole life, she is not particularly familiar with all of the different universities. For me, the most notable university in the state is either WSU or UW. They are also the only universities I really know of here. For Dunlap, it is different.

“I’m pretty biased since I haven’t traveled all of the state,” she said. “Because of where I live, I would definitely say UW is most notable.”

If she lived near Pullman, however, Dunlap said she might think WSU is more well-known, so she is uncertain.

Daniele O’Keefe, a previous WSU student and current resident of Vancouver, Washington, said prior to applying to WSU she knew basically nothing about it except that it had a veterinary program – the program she wanted.

Even though WSU has a campus in Vancouver and thus everyone knew it existed, O’Keefe said people rarely talked about it.

“People don’t really talk about it, they just go and it’s like ‘oh yeah, I go to this college,’” she said.

Within Washington, O’Keefe said she would consider WSU to be a popular university. On a very general scale, she hears it talked about, but when people talk about it, they generally do not do so in a useful and informative manner.

O’Keefe said one of the few things she does hear about WSU often is that it is a party school. She said that she did feel as if WSU was a party school during her time as a student there.

Her theory behind this is because Pullman lacks anything else to do.

“From my experience, I noticed there aren’t places to go in that area. There’s no social gatherings aside from parties,” O’Keefe said.

I can understand, although I would disagree that there is little to do. If you like being outside, there is plenty to do. Granted, when I lived on campus, I heard plenty of parties, so I cannot refute our reputation as a party school.

Regardless, just because our students sometimes get wild, does not mean our classes are not quality.

O’Keefe said that personally, in high school, she was more conscious of WSU than UW but it might be because Vancouver has a WSU campus. Thus, it is hard for her to say whether or not WSU or UW feels more popular for the state as a whole.

For people outside of Washington, O’Keefe and I suspect, people who are not from Washington would be more likely to know of UW because it is in Seattle. For people in Washington, however, who know of more places than just Seattle, I would suspect the popularity to be a little more evenly split.