The Daily Evergreen • May 26, 2021 • https://dailyevergreen.com/108047/mint/evergreen-columnist-says-childrens-show-is-a-good-example-of-character-development/

‘Avatar: The Last Airbender’ offers messages to many age groups 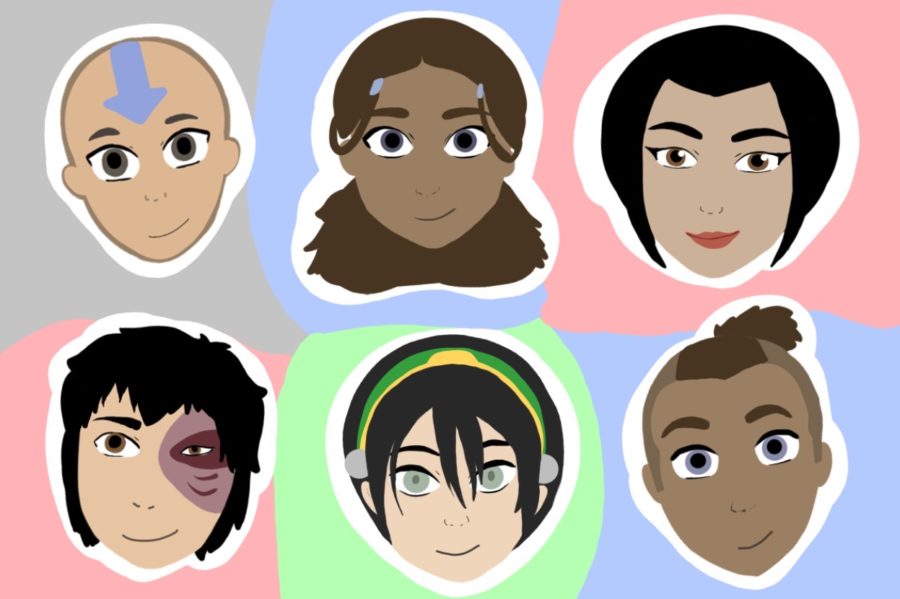 The show builds a dramatic plot for viewers by incorporating comedic, interesting and insightful characters.

What had been bored-scrolling through Netflix trying to find some background noise turned into a new exciting interest for me. As a kid, I never watched Avatar: The Last Airbender and had no interest in it. Now, after seeing several posts of the excitement around the show, I caved into the peer pressure.

This show was created for kids but I could not stop watching it anyway! From the beginning, viewers are presented with funny, interesting, and insightful characters that create a dramatic plot. One of the most interesting aspects of the show in my opinion was the drastic character development throughout the whole show as well as the amazing characters themselves.

I appreciated the siblings Sokka and Katara and their development as well. We see Sokka starting off in the show being sexist and discriminatory toward women (which is pretty strong for a kids’ show!) to become accepting and worthy of being a swordsman. We also see Katara, plagued with the trauma of her past where her mother died at the hands of the fire nation. At one point she comes face to face with the killer that took her mother’s life with the intent to kill him. She makes the conscious decision to decline revenge and say no to the rage.

I also loved the strong feminist message that came from Katara and Suki through the show. Suki, a warrior, shows Sokka up strength-wise, while Katara fights and battles with a water nation man that refused to train her simply for being a girl.

The presence of Toph, a blind character, really brings disability representation to the show and puts her in a powerful spotlight. She is strong and such a great earth bender that she creates metal bending as well as teaches it.

Zuko, the prince of the fire nation, goes from being banished and full of hatred to a peaceful person who assists the Avatar on his quest to stop the fire lord. I especially liked Zuko’s story because it shows how a person that comes from so much trauma and hurt, being so lost and angry, can still find their path to happiness and make the right decisions.

I also thought that the character Iroh was very insightful and gave pieces of advice that not only could help Zuko on his path, but could be applied to the viewer’s life as well. Throughout the show, we see a lot of inspiration from a variety of religions or philosophies (Hinduism, Buddhism, Taoism), although not stated directly. I felt that Iroh was strongly influenced by Taoism in many of the quotes he states and his perspective on life.

I really appreciated the presence of religious/philosophical influences or Eastern philosophies throughout the show that remind viewers to think in a peaceful way and approach life with kindness. One example of this we see is Aang’s approach to handling Ozai. Aang was raised by monks and was taught self-awareness and many other things. For example, he values life, hence, all of the surrounding advice for him to kill Ozai made him uncomfortable. He instead found an approach to end the 100-year war in a way that killed no one but allowed no one to be killed, thus taking Ozai’s powers away.

The episode “Appa’s Lost Days,” was one that made many sad and brought attention to animal abuse and cruelty. This episode actually won a Genesis Award in 2007 from the Humane Society of the United States.

Another factor that one can notice in this show is that we know the fire nation is the attacking nation. However, just like real life there is good and bad found in any group. In the fire nation, we see the changes of hearts of Zuko, Iroh, Mai and Ty Lee. While in the victimized group, we see dangerous behaviors like the earth nation brainwashing their own people as well as Jet, a character who believed that all fire nation individuals deserve death.

This show is not just any silly kids’ show — it has characters with intense backstories and meaningful relationships. It shows the reality of war and does not glorify it. Characters lose their family and face traumatic experiences. The show is very realistic in life situations, yet very fictional and exciting! Avatar has a lot of heavy and impactful material for kids and adults alike.