Mysterious can of Cougar Gold sent to Ray prompted segment 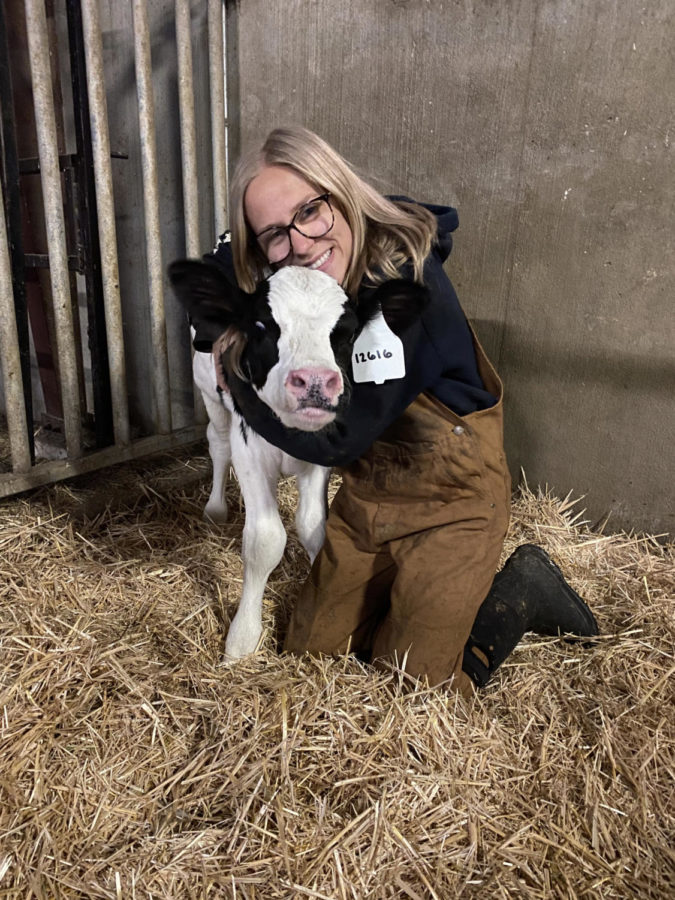 One of the students featured in the segment was Emma Impala, WSU’s Cooperative University Dairy Students president.

The Rachael Ray Show featured Cougar Gold cheese and WSU students in a segment Monday on the ABC channel KXLY.

One of the students featured in the segment was Emma Impala, WSU’s Cooperative University Dairy Students president.

Impala works at the WSU Knott Dairy Center and leads CUDS, which is one of the groups that works out of the center. A mysterious can of Cougar Gold is responsible for WSU’s recognition on the show, she said.

“Somebody anonymously sent in a can of Cougar Gold cheese to Rachael Ray, and then it got back to Ferdinand’s that she wanted to have a video segment [on the show],” Impala said.

She was excited to be on the show because she and her grandpa used to watch it often. Impala also said she enjoyed seeing WSU get some national recognition.

“I think the recognition for the university is amazing. Students work so hard to produce Cougar Gold cheese, and it’s a 365-day, seven-days-a-week operation,” she said.

A producer from the show approached Impala in early April; the segment was completed in less than a month and sent into the Rachael Ray Show, Impala said.

“We were all a little bit nervous about how crunched for time we were … it was a really fast project, kind of a whirlwind couple of weeks,” she said.

In the segment, Shonuyi explained how students make large amounts of Cougar Gold cheese from scratch at the creamery, he said.

As far as the filming process, Shonuyi said he appreciated how patient the filming crew was by allowing him to do multiple takes.

“When I had to do it, I wasn’t nervous, but I was trying to be perfect. I think me [trying to be] perfect, I kind of messed up. So I just tried to act normal and act like myself and it went pretty good,” he said.

Shonuyi said he was also happy to see WSU and the students who make Cougar Gold cheese highlighted on the show.

“I think it’s a good thing, not only to get our school out there but also highlighting the students … and how much work they put into making everything,” he said.

The episode featuring Cougar Gold cheese has already aired, but the segment and a recipe including the cheese can be found on Rachael Ray’s website.