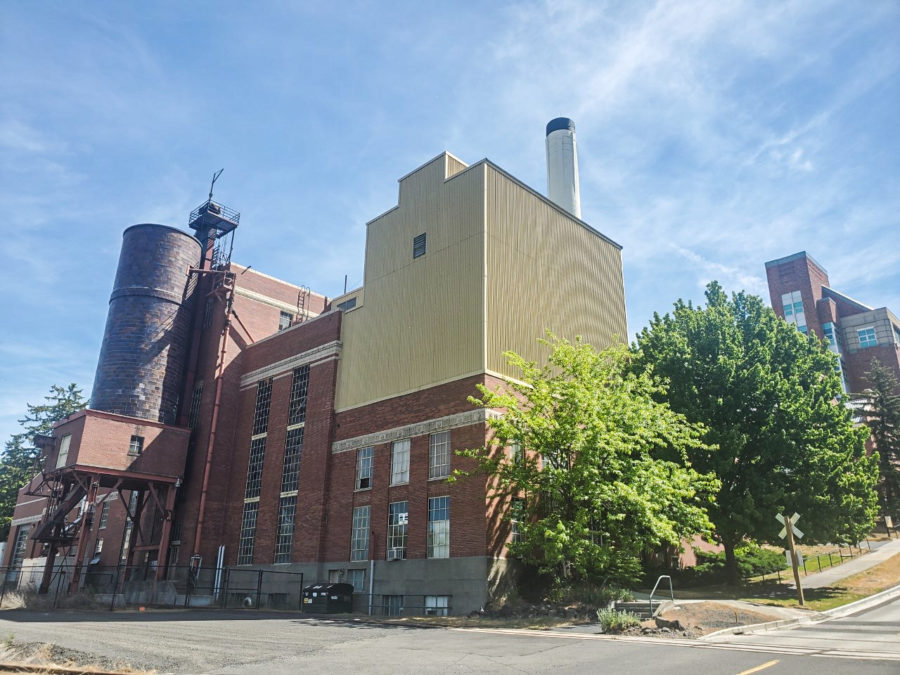 The steam plant, pictured here, is located on College Avenue on the west side of campus. It was built in 1935 and provided heat, power and light to the entire university. The plant was decommissioned in 2003 when the Grimes Way Steam Plant began operating.

The Port of Whitman County received a grant from the Washington State Department of Ecology to explore possible reuse options for the steam plant on the WSU Pullman campus.

The integrated planning grant allows local governments to plan for the cleanup and reuse of brownfield land sites, according to the Department of Ecology website. Brownfield land is land that is not in use and could potentially be environmentally contaminated.

According to WSU archives, the steam plant, located on College Avenue, was built in 1935 and provided heat, power and light to the entire university. The plant was decommissioned in 2003 when the Grimes Way Steam Plant began operating.

Joe Poire, Port of Whitman County Executive Director, said the idea to reuse the steam plant came up about 15 years ago but did not gain much traction with WSU until recent years.

Poire said the port was able to get approval from the WSU Office of the President and began applying for grants about a year ago.

“We were lucky to get the very first thing we applied for, and that gives a chance to figure out what it’s going to take [to] take this thing apart, put it back together and what the environmental impacts [are],” he said.

Investigating potential contamination of the site is an important step to take before figuring out what the plant will be used for, said Phil Weiler, WSU vice president of marketing and communications.

“The university is happy to partner with the Port of Whitman County [and] that they were able to secure funding that allows us to do an analysis of the condition of that site, what the soils look like [and] the contaminants that need to be remediated,” he said.

Weiler said the remediation process is lengthy and could take a couple of years to complete. Remediation is the action taken to reverse environmental damage in a particular location.

“It’s a beautiful building, it’s a great location and there’s a lot of high-quality potential uses. We just need to go through the [remediation] process before we can start having that really serious conversation about how to use the space,” he said.

Weiler said many ideas are being thrown around in terms of the new use of the steam plant, and it is in a location where it can be a “gateway” between WSU and downtown Pullman.

While it is too early to say for sure what the use of the steam plant will be, there is interest in making it a space that can bring the Pullman and WSU communities together, Poire said.