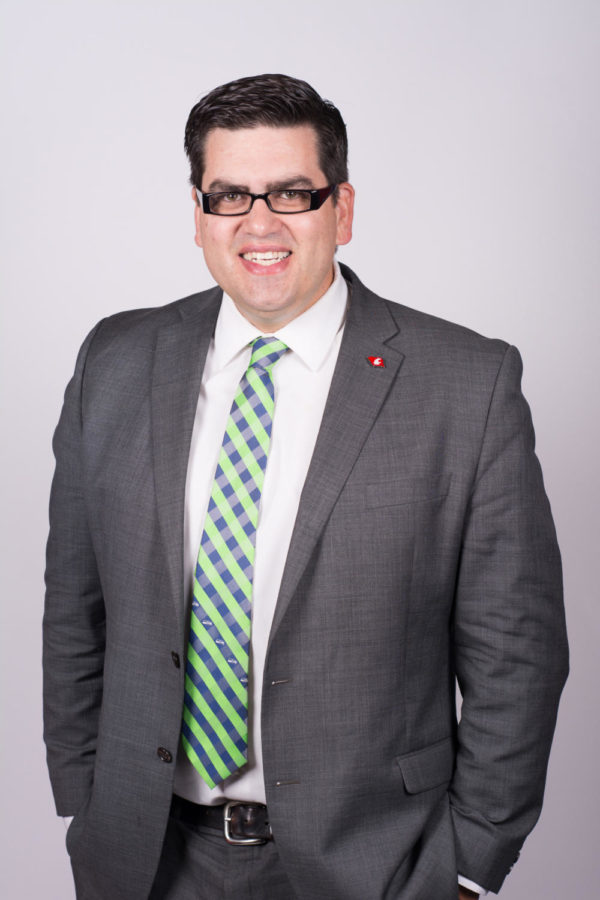 While earning his bachelor's degree and working for the Daily Evergreen at WSU, Brandon Chapman said he earned the reputation of being critical.

Chapman, Pullman City Councilmember, received his associate degree at Centralia Community College before graduating from the Edward R. Murrow College of Communication in 2004. Chapman said he then went on to get a master’s degree in broadcast journalism from Syracuse University.

“When I got accepted, there was no question that I’d want to go there and do broadcast, especially going into sports,” he said. “So many people that are big names in sports all went through Syracuse. We joke that it’s kind of like the factory for sports broadcasters.”

Chapman wanted to play baseball growing up, but knew he would not be good enough to play professionally. Chapman said he decided he wanted to talk about the game instead of playing it.

“Doing baseball play-by-play was sort of the goal at the time, and I dabbled in a little bit of it in high school,” he said. “I did a few events, and it was such a rush.”

While earning his master’s degree, Chapman said he worked as a producer for a local magazine called Connect, dealing with issues related to race, politics and poverty.

“Everything was on air through WSU, and I enjoyed [being] on air,” Chapman said. “When I went up to Syracuse I actually enjoyed being behind the scenes a whole lot more.”

Chapman said he broadcasted for a baseball team near Washington, D.C. in 2006; then, in 2007, he started with another team around the same time his second child was born.

“In September, when the season ended, I would go pick him up and he barely knows who I am,” Chapman said. “If you can imagine the first six months of his life, he barely sees me. That was a gut punch.”

Chapman said he stopped broadcasting to find a position that did not require him to spend so much time on the road away from family.

“At some point, your dream shifts, and my dream had become my family,” Chapman said. “I realized that if I kept going down the path I was going, I wasn’t going to have a family.”

Chapman said he got involved with city council because he wanted to speak out about injustices in the community.

While earning his bachelor’s degree and working for The Daily Evergreen at WSU, Chapman said he earned the reputation of being critical.

Chapman said he saw a need for greater communication within the community while running for city council. He focused his platform on communicating with Pullman residents.

“When I walked door to door in my area, asking people for my vote, it was amazing how many people said they had no idea who their councilmembers were,” he said.

Pullman resident Libby Walker said Chapman always does work outside of his designated position as well as his own. He goes above and beyond most people’s expectations.

Walker said Chapman is an excellent campaigner and reached out to everyone he could and engaged with them. He made a platform for himself and worked on issues he saw within the community.

“He’s a neighbor about a half a block from my house. I didn’t know him until he ran for city council but we’ve become friends since then,” she said. “He’s always helpful.”

After being elected, Chapman said he decided to send out monthly newsletters and host town hall meetings. If somebody in the community has a problem, he wants them to know who to go and talk to.

“I’ve had a number of people who said they took zero interest in what was going on in Pullman or didn’t feel like they had somebody who can listen to them until I got on council, and I take that to be a huge honor,” he said. “I’m only representing the people. I don’t work for the city of Pullman, I work for the residents who put me there.”